Skip to main content
#CANCER
Lymphocytes versus hepatitis B virus: caught in action

For the first time ever, two ERC grantees, Prof. Luca G. Guidotti and Dr Matteo Iannacone, have observed in vivo how specific white blood cells, so-called cytotoxic T lymphocytes, identify, target and attack liver cells that are infected with the hepatitis B virus. To witness these immune cells in action in real time, the two scientists developed advanced, dynamic imaging techniques. An estimated 240 million people are chronically infected with hepatitis B worldwide. This discovery, published today in the scientific journal Cell, opens new horizons for the development of novel therapies.

Cytotoxic T lymphocytes are the armed soldiers of our immune system. They circulate throughout the body blood vessels searching for infected or transformed cells, seeking to destroy them. However, how these lymphocytes actually reach and attack liver cells infected by the hepatitis B virus (known as HBV) has remained unknown for long. Prof. Guidotti and Dr Iannacone have now captured, in real time and from the inside, the body's immune response during the various stages of an HBV infection of liver cells.

In Cell, the researchers report how cytotoxic T lymphocytes are alerted by small blood cells, called platelets. These build a "sticky mat" within the liver smaller blood vessels (so called liver sinusoids), in order to attract circulating lymphocytes where they are needed and to block their unhindered further patrolling in blood. After docking to platelets, the cytotoxic T lymphocytes start slowly crawling within the liver sinusoids, even against the bloodstream direction.

"As they crawl, the lymphocytes start deploying tiny tentacles – 10,000 times smaller than a millimetre each - slipping them through small natural holes in the vessel wall called fenestrae", explain the two Italian scientists based at the San Raffaele Scientific Institute (SRSI) in Milan. "Once identified, the same tentacles serve to inject deadly toxins into infected cells situated on the other side of the vessel wall, while the lymphocytes remain inside the blood vessel".

Prof. Guidotti and Dr Iannacone's observations also help explaining why liver fibrosis - a condition frequently observed during chronic HBV infection where the fenestrae are being reduced in number and diameter - is such a predisposing factor for the development of liver cancer. The blockade of the fenestrae may inhibit the capacity of the tiny tentacles to reach target cells, thus reducing the efficiency of our immune system in tracking altered liver cells.

According to the most recent World Health Organisation estimations, over 240 million people are chronically infected by the hepatitis B virus and each year, approximately 780,000 persons die from disease complications. These latest scientific findings open innovative and important scientific horizons that could help to develop new treatments against liver diseases, including cirrhosis and liver cancer.

The best equipment, back at home

“These results are the outcome of research started many years ago in the US. We then realised that we needed better technology to further understand how the disease progresses in the liver of mice. Back at home, the ERC grants helped us to develop the most modern high-resolution microscopes and state-of-the-art imaging methodology. In Milan, we have now one of the best research facilities worldwide to film, record and analyse what happens live and in vivo at the level of a single cell,” say Prof. Guidotti and Dr Iannacone.

After almost twenty years as a faculty member of The Scripps Research Institute in La Jolla, California, Prof. Guidotti stably joined SRSI in 2009 as the Head of the Laboratory of Immunopathology. Since 2013, Prof. Guidotti also serves as Deputy Scientific Director of SRSI.

Dr Iannacone was a member of Guidotti's research team in California between 2002 and 2007 and joined Harvard Medical School in Boston, Massachusetts, thereafter. He moved to SRSI in 2010 to Head the Laboratory of Dynamics of Immune Responses.

Since their arrival in Milan, these two independent scientists work together supported by ERC grants.

"The ERC grant is the reason why we unexpectedly came back to Europe and a unique opportunity to carry out risky research" conclude Prof. Guidotti and Dr. Iannacone. 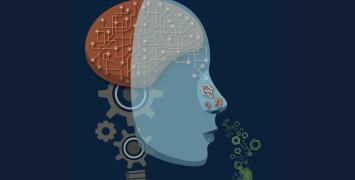