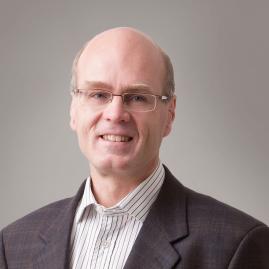 Björn Ottersten is Professor at University of Luxembourg.

He is founding Director of the Interdisciplinary Centre for Security, Reliability and Trust at the University of Luxembourg. He received his Ph.D. in Electrical Engineering from Stanford University, USA. Prof. Ottersten has held research positions at Linköping University, Sweden, Stanford University, USA, and the Katholieke Universiteit Leuven, Belgium. During 1996/97 he was Director of Research at ArrayComm Inc, San Jose, USA, a start-up company based on Ottersten's patented technology introducing antenna arrays in wireless communication systems to improve coverage, capacity, and reliability of mobile communication systems. In 1991, he was appointed Professor at the Royal Institute of Technology, Stockholm, Sweden, where he was head of the department for Signals, Sensors, and Systems and later dean of the School of Electrical Engineering.

Prof. Ottersten has been Digital Champion of Luxembourg, acting as an adviser to the European Commission, member of the governing board of the Swedish Research Council, and is currently serving on the governing board of the Swedish Foundation for Strategic Research. He serves, and has served, as member of several international scientific advisory boards as well as editorial boards of scientific journals. He was a member of the board of governors of IEEE Signal Processing Society and acts on the board of directors of the European Association for Signal Processing (EURASIP), the two main international scientific organizations in his field.

Prof. Ottersten is the recipient of two ERC Advanced Grants and two ERC Proof-of-Concept Grants. He is a Fellow of the IEEE and EURASIP. His research has been recognised by numerous awards including the IEEE Signal Processing Society Technical Achievement Award.