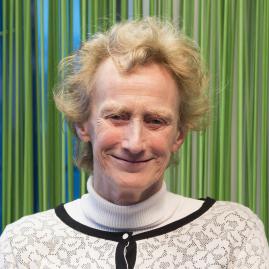 Athene Donald completed her first and second degrees in Physics at the University of Cambridge. After four years of postdoctoral research at Cornell University in the USA, she returned to Cambridge where she has been ever since, becoming a Professor in 1998. Her field of research is soft matter and biological physics, inherently interdisciplinary work, which means that she maintains close links with disciplines beyond physics. She was elected a Fellow of the Royal Society (FRS) in 1999 and currently serves on their Council and is Chair of their Education Committee. She has worked with and served on a number of committees of two of the UK’s Research Councils (BBSRC and EPSRC) and is currently a Trustee of the Science Museum in London. She was elected to Academia Europaea in 2009. She has won numerous prizes during her career, including the 2009 L’Oreal/UNESCO For Women in Science Laureate for Europe, and was made a Dame Commander of the British Empire in 2010.