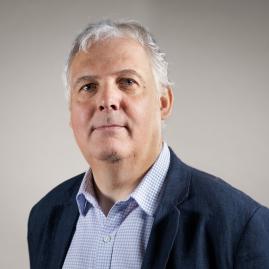 Jesper Svejstrup is a biochemist and cell biologist. He is interested in transcription, and specifically in regulation of gene traffic and its coordination with other processes that occur on DNA, such as DNA replication and repair. Several of the factors studied are mutated in human diseases such as cancer or neurodevelopmental disorders. Svejstrup was educated at Aarhus University, where he obtained a Cand. scient. degree in Biology, and a Ph.D in Molecular Biology. He then joined Roger Kornberg at Stanford University, and started his work on transcription and the basal machinery required for RNA polymerase II activity and regulation. Following postdoctoral training, he started his independent group at Clare Hall Laboratories in London under the auspices of Cancer Research UK (then called Imperial Cancer Research Fund). Svejstrup was at the Francis Crick Institute from 2015 to 2020 and is now a professor at Department of Cellular and Molecular Medicine at University of Copenhagen. His laboratory uses a multi-disciplinary approach, integrating biochemical, cell biological, and genetic approaches with the new ‘omics’ techniques. He is the recipient of two ERC Advanced Investigator Grants, and has participated in scientific boards, including for the Danish National Research Council. He is an honorary professor at UCL, Imperial College London and Aarhus University. In recognition of his scientific contributions, Svejstrup was elected to EMBO in 2003. In 2009, he was elected to the Royal Society, and in 2016 to the Royal Danish Academy of Sciences and Letters. In 2018, he was elected Fellow of the Academy of Medical Sciences. He is a Danish national and is married, with two adult children.