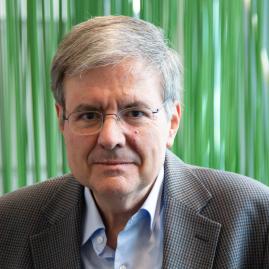 Manuel Arellano (Elda, Spain 1957) has been a Professor of Economics at CEMFI in Madrid since 1991. Prior to that, he held appointments at the University of Oxford and the London School of Economics. He is a graduate from the University of Barcelona and holds a Ph.D. from the London School of Economics. He has served as Editor of the Review of Economic Studies, Co-Editor of the Journal of Applied Econometrics, and Co-Chair of the World Congress of the Econometric Society. He is a Fellow of the Econometric Society and a Foreign Honorary Member of the American Academy of Arts and Sciences. He has been President of the Econometric Society (2014), President of the European Economic Association (2013), and President of the Spanish Economic Association (2003). He has published many research papers on topics in econometrics and labour economics, in particular on the analysis of panel data, being named a Clarivate Citation Laureate in Economics (2018). In recent work he has developed a new nonlinear econometric framework for the analysis of household income risk and consumption over the life cycle. He is the author of Panel Data Econometrics (Oxford University Press 2003). He has received the Rey Jaime I Prize in Economics (2012).