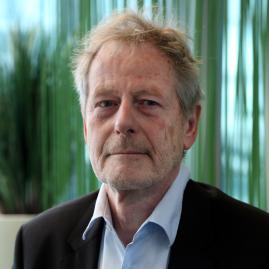 He was scientific director of the Institute for Logic, Language and Computation from 1998 until 2004. From 2004 to 2010 he was chairman of the Humanities Council of NWO, the Dutch Science Foundation, and a member of the Standing Committee of the Humanities of the European Science Foundation. He was founding chairman of the HERA consortium, in which national funding organisations in the area of humanities co-operate in a European setting.

Professor Martin Stokhof was Vice-President of the European Research Council from 01 Jan 2017 until 31 Dec 2019 and was responsible for the Social sciences and Humanities domain.