From the USA to the Centre for the Unknown

Researchers from outside EU
#WORLD

As part of a series of interviews with researchers who have moved from other continents and countries to work in Europe, EURAXESS’s North American representatives Jackson Howard and Dr. Derya Buyuktanir Karacan interview US neuroscientist Megan Carey.

Dr Megan R. Carey is a Group Leader in the Neuroscience Program at the Champalimaud Center for the Unknown in Lisbon, Portugal. She received her PhD from the University of California, San Francisco, and a Postdoctoral Fellowship at Harvard Medical School. Her lab combines quantitative behavioral analysis, genetics, and physiology to understand how the brain controls learned and coordinated movements. Amongst a number of additional roles, Dr Carey worked as a high-level policy advisor to the European Commissioner for Research & Innovation (2015-2019).

What motivated you to move from the USA to Portugal?

Although I had no ties whatsoever to Portugal, a lot of my motivation was personal. My husband and I are both neuroscientists and we were looking to start our own labs at the same time we were starting a family. The Champalimaud Foundation in Portugal was building a brand-new institute with neuroscience as a main focus area, and they offered us both attractive recruitment packages. Ultimately, we decided that being a part of an exciting new institute in Lisbon - a city that promised an unusually good quality of life - was an offer we just couldn’t refuse.

Mobility is more the rule than the exception in my field

Although such a big move with a young family brought challenges, mobility is more the rule than the exception in my field. My perspective is that this is generally good – I’ve always enjoyed being a part of international research communities, with a constant interchange of ideas and ways of thinking.

How did you decide to apply for an ERC grant?

I had colleagues that had gotten them and I’d seen that ERC grants provided the best (and perhaps only) way to fund a major, long-term research program in Portugal. The ERC’s focus on excellence and fundamental, investigator-driven research are fantastic. ERC grants provide unparalleled opportunities for early stage principal investigators. My Starting Grant allowed my lab to develop in exciting new directions that would have otherwise been impossible, and I feel incredibly fortunate to be exploiting those advances now with a Consolidator Grant.

What are the challenges to carrying out research in an international environment?

There can be a steep learning curve when adapting to new systems. People have different expectations about how things will be run and especially, about how to communicate effectively.

People have different expectations about how things will be run and especially, about how to communicate effectively.

I really had to learn a lot in order to adapt, and it wasn’t always easy, but I now have a stronger appreciation for the value and limitations of my own perspective.

Could you describe your research and explain how it will contribute to your field?

My lab studies how activity is orchestrated in neural circuits to give rise to coordinated movement. We focus on the cerebellum, a brain area whose circuitry and physiology is very well-described, and we work with mice so we can take advantage of genetic tools to access defined cell populations. A central feature of our approach is that we start by performing a detailed, quantitative analysis of the mouse’s movements. From there, we measure and manipulate activity in specific cell types to establish relationships between the neural activity and the behavior. We are particularly interested in how the cerebellum learns to keep movement properly calibrated in a changing environment.

What is the gender balance in your field?

One of the great things about Portugal is its impressive gender balance in the biological sciences, including neuroscience.

I know the ERC cares a lot about this issue and I think it would be great to understand the reasons for it. Analyzing the success rates across the different stages of evaluation could be informative.

Do you have any advice for potential ERC applicants in the U.S.?

Absolutely! My main advice is that this is not an NIH grant. There, the priority is to demonstrate that your proposal won’t fail, and you need to present so much preliminary data that the outcome is practically guaranteed.

The ERC guidelines specify that the proposal should be risky – and they mean it.

The ERC guidelines specify that the proposal should be risky – and they mean it. Too much preliminary data could actually count against you in the evaluation. The tricky part is to simultaneously prove that your project is both risky and feasible! I have found that the best strategy is to highlight the exciting and risky aspects of the project, and also provide convincing arguments as to why my lab and I are well-poised to make it succeed. 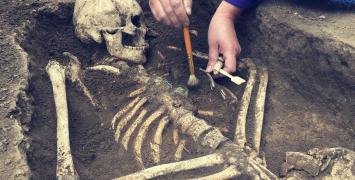 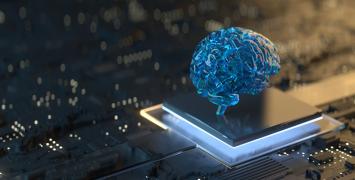 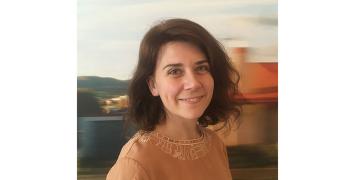 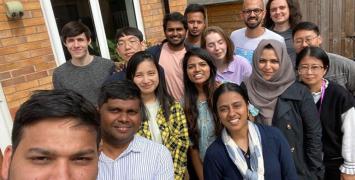 Researching water and flowing between continents
#WORLD
Researchers from outside EU