ERC President Jean-Pierre Bourguignon commented: "I am pleased that this report delivers even slightly better results than the already very uplifting findings of the pilot study. It shows that the European Union’s investment, through the ERC, into risky frontier research continues to pay off, triggering real breakthroughs. The pioneering work of ERC grantees is clearly leaving its mark on science and is already starting to benefit European citizens in countless ways, as this impact study strongly suggests. There are many more bright ideas to fund in Europe."

The pilot study, commissioned by the ERC Scientific Council and concluded last year, was seen as a novelty as few funding agencies invest in assessing in depth the scientific impact of the research they support. Subsequently, the Scientific Council requested the new independent qualitative evaluation. 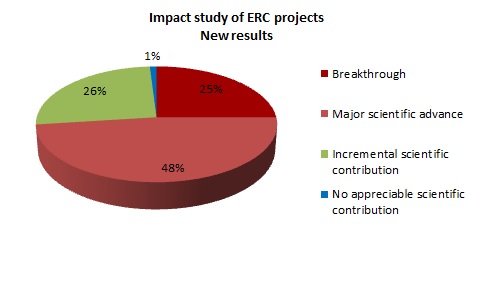 High-level peer reviewers evaluated a random sample of 155 concluded Starting and Advanced Grant projects. They found that a large majority generated very high scientific value: 73% of the projects have already made breakthroughs or major scientific advances. About 27% of the projects were incremental or, in a very few cases, did not make an appreciable scientific contribution. These findings by and large confirm the results of the pilot exercise, yet with a slight improvement. The study concludes that the ERC indeed funds high-risk/high-gain projects, in accordance with its mission, and that such projects are more likely to lead to breakthroughs. It also highlights the interdisciplinarity of many ERC projects.

The study furthermore found that impact went beyond scientific spheres, despite that this aspect was not taken into account at the time of funding. ERC-funded research has the potential to benefit the economy and society at large, with nearly half of the projects already having had impact in this respect and more than three quarters predicted to have such impact in the medium and long term.

As in the pilot exercise, the qualitative analysis of projects was carried out by evaluation panels consisting of three independent high-level scientists each; two with experience as ERC panel member and one without any previous experience on an ERC panel. Next to marking projects, the evaluators answered a series of questions related to scientific impact, new methods, interdisciplinarity, and societal and economic impact for each project.

The ERC is led by an independent governing body, the Scientific Council, composed of 22 renowned scientists and chaired, since 2014, by ERC President Professor Jean-Pierre Bourguignon. With a budget of over €13 billion for the years 2014 to 2020, the ERC is part of the EU research and innovation programme, Horizon 2020, for which European Commissioner Carlos Moedas is responsible. 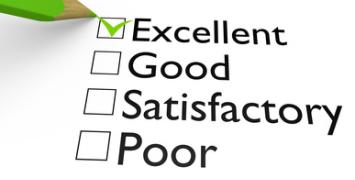 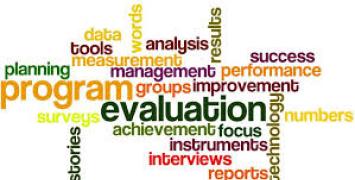 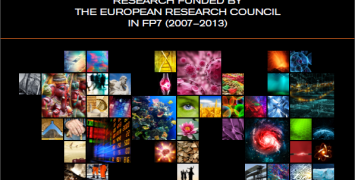 Research funded by the ERC in FP7