Distinguished members of the European Parliament, Ladies and gentlemen,

Last time I spoke to you was in November 2019. It now feels like we were living in a different era.
Although some scientists had been warning that a worldwide pandemic could happen, in the same way we know climate change will affect our lives much in the near future, nobody could have imagined the whole world would come almost to a standstill in just a few months.

At that time, I talked about the reasons behind the creation of the European Research Council, the ERC. How knowledge was Europe's comparative advantage.

How the ERC has become recognised as a global brand, which several countries outside Europe want to copy because of the extraordinary stimulation and opportunities it gives to the most ambitious and talented members of the research community.

I talked about how the ERC was supporting the amazing potential of Europe’s young researchers, the many scientific breakthroughs made by our grantees, and about the way many more of them than one would expect file patents or create companies, at their own initiative. In fact they file many more patents than beneficiaries from any other instrument supported by Horizon 2020.

I spoke about the hard work needed to maintain the high quality of the ERC’s selection process and the remarkable performance of the Executive Agency supporting it.

Finally, I touched on our ambitions for the future. In particular the need to end the frustration we faced, year after year, of not being able to fund all the proposals deemed worthy of support on the basis of their exceptional quality. In Horizon 2020, some 3 600 of them had to be turned down! A high number compared to the almost 10 000 scientists the ERC has funded until now.

At that time we really believed that European leaders shared our ambitions. That Europe would wish to put in place a Horizon Europe programme in line with the vision developed by the Lamy report, which this Parliament had endorsed enthusiastically. In speech after speech we heard politicians telling us how Europe was to be transformed. To move to a greener, digital, more equal future. Europe's researchers were to provide the skills and ideas and advances necessary to make this happen. Horizon Europe would lead the way to these major transformations as long as the means to do that were given at the only adequate level, namely the European one.

But then, the virus started to make its way around the world.

The pattern of sickness the virus causes is atypical, putting a big strain on emergency services as we all know. A significant number of people lost their lives. Because of the indispensable measures to block its propagation, societies almost came to a halt, in Europe and around the world. Our towns and cities became unrecognisable. Very quickly many people lost their jobs, and businesses were in jeopardy. All plans were put on hold, and for many imagining the future became just to see how tomorrow, not even the day after tomorrow, will look like.

Indeed, a formidable uncertainty about what awaits us stands in the way. Will our daily lives and our cities be reshaped permanently? Or one day will they go back to the way they were before? Nobody knows.

For leaders confronted with such a crisis I can understand the temptation to focus on the short term because it requires special attention. On the here and now. For sure a Recovery and Resilience Plan is in order and has to be implemented urgently, efficiently and swiftly.

Still, history shows that to focus only on the short term and on hopes of an immediate recovery would be a terrible mistake. After all, what is being discussed in the present round of negotiations is a seven-year programme. I know, in view of the uncertainties, seven years look like eternity.

But, above all, what the pandemic has proved is the importance of preparedness built over the long term. It has also shown the reactivity and flexibility of researchers was key to get us through the pandemic. By examining the portfolio of ERC-supported projects, we were able to identify more than 180 projects worth about €340 million that are highly relevant to deal with the crisis. They touched many different aspects of it, from cell biology to disease modelling, from diagnosis tools to the impact of home schooling, from host-pathogen interactions to crisis management.

Thanks to the work of many dedicated scientists pursuing their interest in challenging problems over many years, fundamental knowledge about viruses and epidemics has been made available for society at large. Starting with the idea that microscopic organisms can cause diseases and how vaccination works, scientific facts it took centuries to establish overcoming many controversies.

Thanks to that, scientists worldwide reacted incredibly fast to the outbreak - the virus was identified and its viral genome sequenced within days by Chinese scientists. Research into all aspects of the coronavirus action is being published at an unprecedented rate. Truly effective treatments can only rely on a better understanding of the process by which the virus invades and hijacks the cells it affects. Various vaccines are being developed faster than ever before. And it is because of all of this work that there is light at the end of the tunnel!

But in order to provide, again and again, an endless series of unexpected opportunities, and to enable creative scientists to develop their visions and their potential impacts, the right funding mechanisms for scientific research and innovation must be in place.

So the right question is: what is the most appropriate way to make Europe provide the best environment in which research and innovation can flourish so that the many challenges we face, and the new ones to come, can be addressed?

What are we left with to deal with that?  For the moment, the compromise reached by EU national leaders at the July Council on the EU's next budget with a big reduction for Horizon Europe!

I know many of you are deeply disappointed with this compromise.

Believe me, the scientific community is even more disappointed because, to make a difference in the world, which is the goal of many scientists, we need appropriate means.

Some will tell you that you could lower the first years to keep money towards the end Horizon Europe. This could only be done at the expense of starting in 2021 with a lower yearly budget than that of Horizon 2020. This is the situation the ERC faced in 2014 and 2015 at the beginning of Horizon 2020: the success rates dropped so significantly that the ERC Scientific Council had to take the drastic (and unpopular) measure to introduce reapplication restrictions that stayed. Such a fix can be done only once.

We are furious because we know this approach is wrong. Obviously, we are not living through ordinary times, especially as far as Research and Innovation are concerned.  We must keep in mind that the private sector which, in Europe, contributes on average 2/3 of the means for the area will be strongly tempted for the years to come to reduce, and probably drastically, its investment in research because it has to focus on saving jobs.

The only way out of this reduction is to have the public sector step in in order to keep the tools needed to address the big challenges ahead of us at the appropriate level and pace, and the pace is set by the urgency of climate change and the intensity of international competition on quantum information and artificial intelligence just to mention two sectors. They will not wait!

If this public mobilisation does not happen, the R&D expenditures will most likely fall below 2%... whilst 3% was the target in 2020 and Asian countries are strengthening their investments.

The crisis we face requires bold moves, and making bets, of course one must choose the right ones. Being on time delivering the programme cannot be the priority. The priority must be to be up to the challenge. So what is the appropriate level for the Horizon Europe budget?

For me and the ERC Scientific Council, the minimal level is the one set by the visionary report produced by the group led by Pascal Lamy because it was based on an appropriate and in depth analysis emphasising the synergy between Research and Innovation. I am sure this is why the European Parliament also proposed the same amount, €120 billion, as the minimum to reach.

If the worst case scenario prevails, and we end up in the very damaging situation of a budget less than that, then Horizon Europe will need to be rebalanced. Indeed, the present erosion that affects the share going to Pillar 1 “Excellent Science”, where bottom-up research is concentrated, because it won’t receive any part of the Recovery Fund earmarked for Horizon Europe, has to be corrected to ensure researchers have enough room to develop their ideas and initiatives.

What has the ERC to offer specifically?

In 2007 when it was launched, also under a German EU presidency, it was the bold part of FP7. The ambition was very high: in the terms then used by Chancellor Angela Merkel, the ERC should become “the Champion’s League of Research in Europe”. The ERC has delivered on this!

This time, the ERC can be the proven part of the bet. Any good investor will tell you that you need to mix rightly risky investments and less risky ones.

One of the main assets of the ERC today is the patiently built trust of the scientific community. One more evidence of this trust was provided by the recently announced petition signed by more than 16 000 people supporting the ERC launched by the University of Bergen.

The ERC is the key tool to offer prospects to the next generation of scientists, something badly needed to give them hope that they can advance in Europe better than elsewhere in the world.

With the recent establishment of Synergy grants the ERC Scientific Council created a space truly adapted for broader interdisciplinary projects. Year after year, the ex-post evaluation of completed projects shows that interdisciplinarity is strongly correlated to impact and also to innovation. Synergies with other programmes must also be developed. One that the ERC has already started to work on concerns the European Innovation Council (EIC), created by Commissioner Moedas on the ERC model. As already mentioned, a significant percentage of ERC grantees are innovators and have opened some of the paths towards disruptive technologies.

Therefore, to underfund the ERC is a non-sense. For the ERC budget, the absolute minimum is €14.7 billion in 2018 prices (€16.6 billion in current prices) that was the 2018 European Commission proposal for Horizon Europe for the ERC representing 17.64% of the total budget of the programme. It barely guarantees €2 billion a year to the ERC. It is far from the ambition of the ERC founders had for it to represent 5% of national funding. A minimal interpretation of it would mean that, in Horizon Europe, the ERC receives €17.7 billion in 2018 prices (€19.9 billion in current prices), a legitimately ambitious goal.

We have no choice but to start building the future we want for Europe today in this time of crisis. This is the very purpose of seven-year framework programmes. Otherwise, the future we want will never arrive. We cannot afford that! Europe must show confidence in its own future and invest in research and innovation trusting its best minds.

I thank you for your attention.

"Frustratingly, ERC can’t fund many excellent proposals - for budgetary reasons. Under Horizon 2020, some 3600 had to be turned down!"
"The present budget is already too small; imagine with the new #EUbudget in the future” said the ERC President: https://t.co/O0plpQCm4g #MFFEU pic.twitter.com/rH0Sp3P5tw

Today’s speech by ERC President Jean-Pierre Bourguignon
on the future of Europe’s research & innovation and the long-term #EUbudget - delivered to the European Parliament. 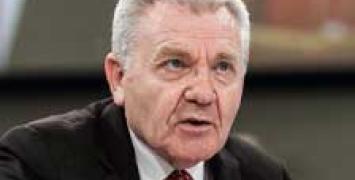 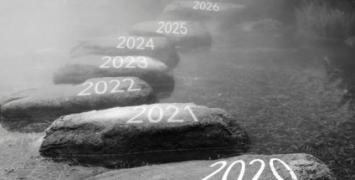