Éva Kondorosi is Professor at the Biological Research Centre of the Hungarian Academy of Sciences. She will supervise ERC activities in the domain of life sciences. Martin Stokhof is Professor of philosophy of language at the Institute for Logic, Language and Computation (ILLC) and the Department of Philosophy of the University of Amsterdam. He will focus on the social sciences and humanities. Both were already serving as ERC Scientific Council members.

Paola Bovolenta is Research Professor and Head of the Development and Differentiation Department at the Center for Molecular Biology Severo Ochoa, CSICUAM, Madrid, Spain. Eveline Crone is Professor in Neurocognitive Developmental Psychology at Leiden University, the Netherlands. Andrzej Jajszczyk is Professor at the AGH University of Science and Technology of Krakow and President of the Krakow Branch of the Polish Academy of Sciences, and Giulio Superti-Furga is Professor of Medical Systems Biology at the Centre for Physiology and Pharmacology of the Medical University of Vienna and Scientific Director of the CeMM Research Centre for Molecular Medicine of the Austrian Academy of Sciences. Their mandate is for four years.

These new members have been selected by an independent Identification Committee, composed of seven distinguished scientists appointed by the European Commission. The scientific community was consulted in this process.

The ERC Scientific Council, composed of 22 distinguished scientists and scholars representing the European scientific community, is the governing body of the European Research Council. It is chaired by ERC President Professor Jean-Pierre Bourguignon and has three Vice Presidents, of whom current Vice President Klaus Bock will continue his mandate. The Scientific Council's main role is setting the ERC strategy and selecting the peer review evaluators. 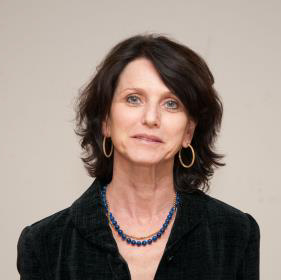 Current position: Research Professor and Head of the Development and Differentiation Department at the Center for Molecular Biology Severo Ochoa, CSIC-UAM, Madrid, Spain

Paola Bovolenta obtained her PhD degree at New York University, School of Medicine, NY and worked as a postdoctoral fellow at Columbia University, Center for Neurobiology and Behaviour, NY. She then moved to the Instituto Cajal, CSIC, Madrid, and afterwards to the Center for Molecular Biology Severo Ochoa, where she is currently working. She has been Visiting Scholar at the Biotechnology Department (DIBIT) of the Fondazione San Raffaele in Milan and in the École normale supérieure in Paris. She served as Head and Deputy Head of the Biology and Biomedicine Area of the Spanish Research Council (CSIC), as well as Adjoined Manager for Molecular Biology at the National Evaluation Agency (ANEP). She was member of the Communication/Publication Committee of FENS, of the International Affairs Committee of the Society for Neuroscience and of the Telethon Scientific Board. She currently serves in the Scientific Advisory Board of the ERA-NET NEURON Program and is a member of the SAB of Institut de la Vision in Paris and of the IDBM in Marseille. She is European Editor of the journal Developmental Neurobiology and member of the editorial board of other journals too. She is member of EMBO. Her research interests focus on understanding the molecular mechanisms underlying early development of the nervous system with particular emphasis on those processes that may lead to congenital defects and neurodegenerative diseases. 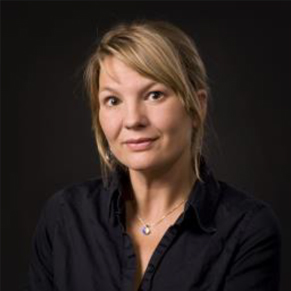 Eveline Crone is a full professor at Leiden University and at the University of Amsterdam. Before starting her own laboratory at Leiden University, she obtained her PhD cum laude at the University of Amsterdam under supervision of Maurits van der Molen and was a post-doctoral fellow at the University of California in Davis, collaborating with Silvia Bunge. Since 2005, she is head of the Brain & Development Laboratory at Leiden University, in which approximately 25 researchers investigate how children and adolescents make decisions and how this relates to brain development. All of her work employs a developmental cognitive neuroscience approach, by using fMRI, ERP and autonomic measures in combination with experimental tasks. She obtained several large research grants from the Dutch NWO and the ERC. In the Netherlands, her research has been awarded many times, including a top achievement award from the National Network for Women in Science, and the Award for Science and Communication handed out by the Dutch Minister of Education. In 2011, she received the Early Career Award from the Society for Psychophysiological Research in Boston. She has published over 150 articles in scientific journals, and her work is well cited. She published the Dutch book ‘The Adolescent Brain’ for the general public, which sold more than 85.000 copies. Since 2013 she is an elected member of the Royal Netherlands Academy of Arts and Sciences. 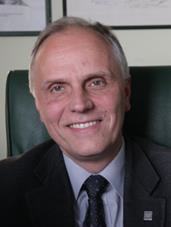 Current position: Professor at the AGH University of Science and Technology of Krakow and President of the Krakow Branch of the Polish Academy of Sciences

From 2011 to 2015 he served as the founding Director of the National Science Centre, a Polish research funding agency. He received a PhD from Poznan University of Technology in 1979, and has been a visiting scientist at the University of Adelaide in Australia, Queen’s University in Kingston, Ontario, Canada, and Ecole Nationale Supérieure des Télécommunications de Bretagne, France. He is the author or co-author of twelve books and over 300 research papers, as well as 19 patents in the areas of telecommunications switching, high-speed networking, network management and reliability, as well as over 60 papers on research funding and higher education. He has been a consultant to industry, telecommunications operators, and government agencies in Australia, Canada, China, France, Germany, India, Poland, and the USA. He is a corresponding member of the Polish Academy of Sciences and a Fellow of the IEEE and serves on editorial boards of various reputed journals. He was the founding editor of IEEE Global Communications and Editor-in-Chief of IEEE Communications Magazine and was Associate Editor-in-Chief of China Communications. He held important positions in IEEE Communications Society, such as: Director of Magazines, Director of the Europe, Middle East and Africa region, Vice President – Technical Activities. In 2008, he received the Society’s Joseph LoCicero Award for Exemplary Service to Publications. In the same year he received the Foundation for Polish Science Award. 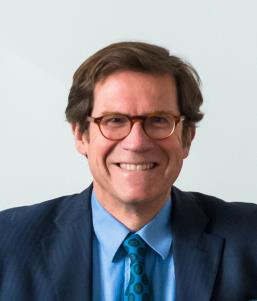 Current position: Professor of Medical Systems Biology at the Centre for Physiology and Pharmacology of the Medical University of Vienna and Scientific Director of the CeMM Research Centre for Molecular Medicine of the Austrian Academy of Sciences

Giulio Superti-Furga performed his undergraduate and graduate studies in Molecular Biology at the University of Zurich, at Genentech Inc. in San Francisco and at the IMP in Vienna. He was a postdoctoral fellow at EMBL Heidelberg and became Team Leader in 1995. From 1997 to 2000 he served as Guest Professor of Molecular Biology at the University of Bologna. In 2000, he co-founded the biotech company Cellzome Inc. and served as Scientific Director. Since 2005 he has been Director of CeMM in Vienna. From 2005 to 2014 he was a Visiting Professor of Molecular Pharmacology at the Medical University of Vienna, where he was appointed as Professor for Medical Systems Biology in 2015. In 2010 he co-founded the biotechnology company Haplogen GmbH in Vienna, a CeMM spin-off focused on haploid genetics. Giulio Superti-Furga directs CeMM, the Research Centre for Molecular Medicine of the Austrian Academy of Sciences in the middle of the large general hospital campus in Vienna, working on a precise and preventive medicine of the future by integrating basic research and clinical expertise to pursue pioneering diagnostic and therapeutic approaches. Among his major achievements to date are the elucidation of basic regulatory mechanisms of tyrosine kinases in human cancers, and the discovery of fundamental organization principles of the proteome and lipidome of higher organisms. His work on the organization of the eukaryotic proteome is among the most highly cited in the field. He is a member of the Austrian Academy of Sciences, German Academy of Sciences Leopoldina, EMBO, European Academy of Cancer Sciences, and Academia Europaea. His scientific impact is complemented by his community work. He was serving as Chair of the board of the EMBL Alumni Association from 2008 to 2015, is a founding member of the EU-LIFE consortium (www.eu-life.eu), and has initiated “Genom Austria” (www.genomaustria.at), an educational citizen science project on genome sequencing allowing a wide public to consider and discuss the advantages and challenges of genomic medicine.

The ERC has a budget of over €13 billion for the years 2014 to 2020 and is part of the EU research and innovation programme, Horizon 2020, for which European Commissioner Carlos Moedas is responsible.