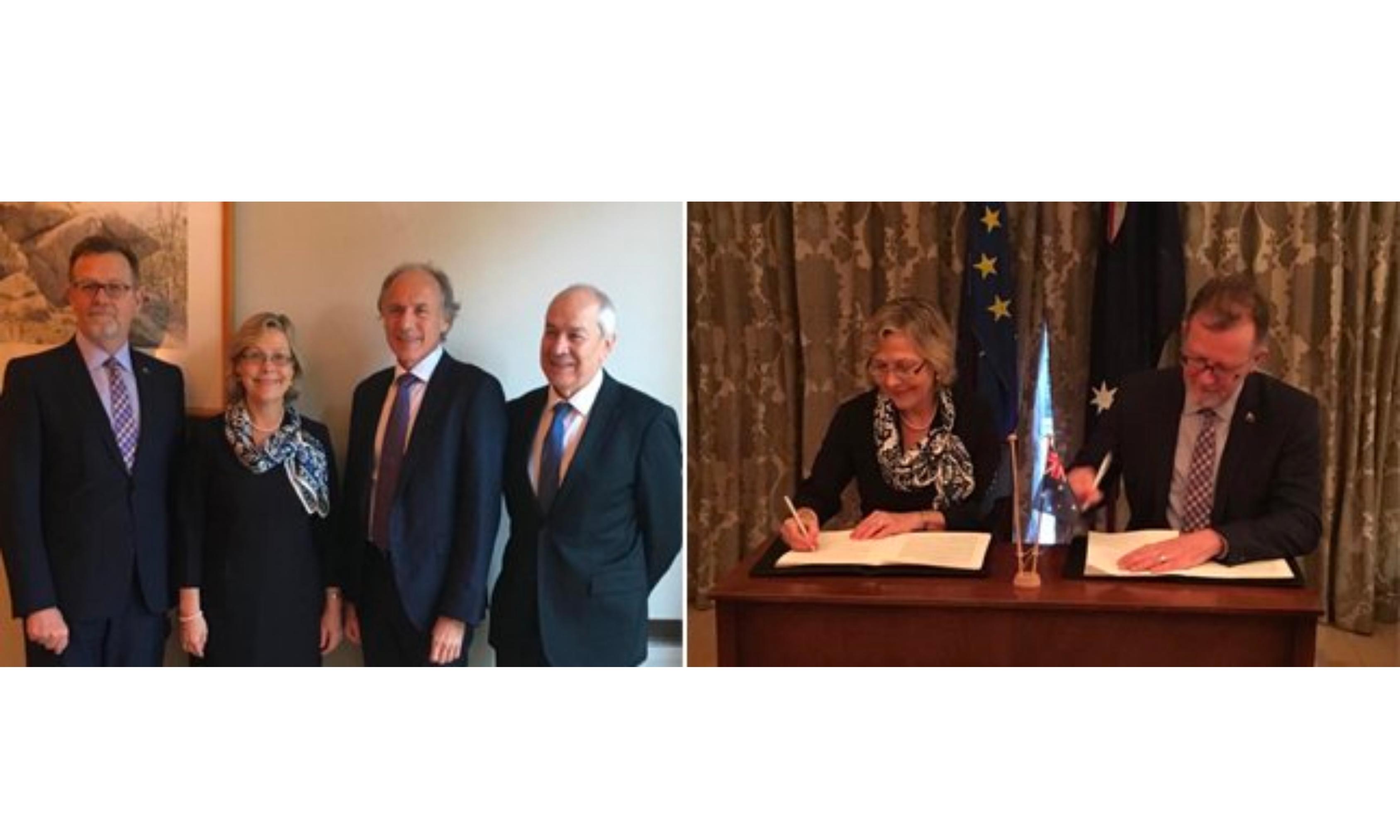 The European Commission's Deputy Director-General for Research and Innovation, Signe Ratso, and Australian Ambassador H.E. Justin Brown signed the deal today in Brussels, in the presence of Australia’s Chief Scientist Dr Alan Finkel and the Director of the ERC Executive Agency Pablo Amor. The initiative, which comes after ERC President Professor Jean-Pierre Bourguignon's visit to Australia last autumn, aims to encourage top scientific talent funded by the Australian Research Council to make research visits to Europe, where they will temporarily join ERC-funded teams.

This is the thirteenth agreement of this kind designed to help attract top researchers to Europe, and to stimulate cooperation and scientific exchange across the world. It is in line with the ERC's global outlook since its creation by the EU in 2007 and resonates in the slogan "ERC – open to the world". In October last year, a similar agreement was concluded with the Australian National Health and Medical Research Council (NHMRC).

The ERC offers long-term grants in Europe to excellent scientists of any nationality and in any field. To date, 48 Australian researchers based in Europe have been awarded ERC grants, of which 41 are early- to mid-career researchers.

The European Research Council, set up by the European Union in 2007, is the premiere European funding organisation for excellent frontier research. It is currently part of the EU's Horizon 2020 programme.

Every year, it selects and funds the very best, creative researchers of any nationality and age, to run projects across Europe. To date, the ERC has funded around 9,000 top researchers at various stages of their careers. It offers four core grant schemes: Starting, Consolidator, Advanced and Synergy Grants. As of 2019, ERC Synergy Grants will also be open to applicants based in host institutions outside the European Research Area. Over 50,000 researchers and other professionals have in addition been employed in ERC teams, as grantees on average employ around six team members.

With grants open to talent of any nationality, the ERC strives to attract top researchers from anywhere in the world to perform their cutting-edge research in Europe and encourages non-European scientists to join teams led by ERC grantees. Estimates show that around 17% of team members are non-European nationals.

The ERC is led by an independent governing body, the Scientific Council. The ERC President is Professor Jean-Pierre Bourguignon. The ERC has a budget of over €13 billion for the years 2014 to 2020, part of Horizon 2020, for which European Commissioner for Research, Innovation and Science Carlos Moedas is responsible.