Skip to main content
#SENSES
Can we grow an artificial retina?

Diseases affecting the retina cause one quarter of worldwide blindness. To date, there are no treatments to restore lost retinal cells and visual function, making it urgent to find new therapeutic approaches. Can stem cells be the solution? Prof. Majlinda Lako aims at growing artificial replicas of the human retina using stem cells.

The retina is our window to the world, a light-sensitive membrane in the innermost part of the eye responsible for translating images into electrical pulses. The pulses are then sent to the brain to be elaborated and combined into a three-dimensional representation of what is around us. Loss of functionality in the retina can have a large impact on vision, and so far, this problem is irreversible. Replicating a fully operational retina is the goal of many researchers. Not only would this increase transplant numbers, it could also help, for example, the understanding of age-related eye conditions and accelerate drug testing.

To this purpose, a major breakthrough came in 2007, with the discovery of induced pluripotent stem cells, which are directly generated from adult cells taken from the patient. Pluripotency is the property of a stem cell to transform and differentiate in all kinds of tissues: bones, organs, skin. Given this extreme versatility, these cells are very promising in treating degenerative diseases and in replacing damaged organs, without fear of rejection. In the early 2010s, pioneering studies in Japan showed that it would be theoretically possible to use human pluripotent stem cells to generate artificial retinas.

During her ERC project, Majlinda Lako has used human pluripotent stem cells for exactly this purpose. Her group at Newcastle University (UK) was able to create three-dimensional layers of retinal tissue, containing all the major cell types that normally respond to light. This is a fundamental step in the direction of realising a fully functional tissue to be implanted in the human eye.

The efficiency of the process can change quite dramatically depending on the method used and so far, and Prof. Lako has been testing and optimising several methods to increase stem cell productivity and improve the quality of the tissue. However, the tissues that can be currently grown are akin to those of newborn babies. Mimicking age-related diseases, the researcher’s key interest, would require the production of adult tissues, leaving much room for work. So far though, thanks to the ERC funding, Prof. Lako was already able to model the chemical processes behind Retinitis pigmentosa, a disease with a strong genetic component in which the peripheral region of the retina degrades before the centre. The hope is now to develop and test genetic therapy to treat it, as well as getting closer and closer to the perfect artificial retina.

Majlinda Lako graduated in Biochemistry and Genetics from Faculty of Natural Sciences in Tirana, (Albania). For her PhD studies in Human Genetics in 1993 she joined the lab of two world known geneticists, Prof. Tom Strachan and Susan Lindsay, in Newcastle, where she cloned and characterised novel genes involved in development of the brain. These led to a great interest in pluripotent stem cell biology, which she studied at Durham University. In 2003, she established her own research group at Newcastle University’s Institute of Genetic Medicine, where she pioneered the establishment of hESCs and hiPSCs and development of robust methods for generation of light responsive retinal organoids for disease modelling, drug discovery and therapeutic applications. Studying the developmental biology and disease of the eye is a core activity of her research group. Dysfunction of any of the cell types that reside in the retina or supporting cells, the retinal pigmented epithelium (RPE), which is vital for the health of the retina, will disrupt vision. Their aim is to determine the mechanisms that cause such disruption and find ways to repair the damage. 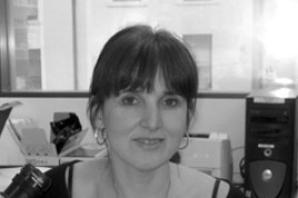 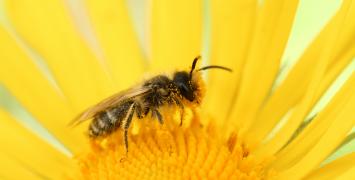 How does it feel to be a bee? The quest to understand animal sentience
Media image 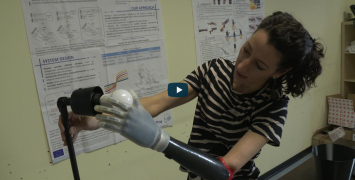 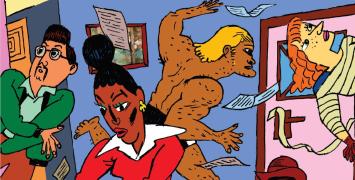 See also the webcomic: … And the invisible, based on Prof. Ulf Leonhardt's project TRANSFORM OPTICS 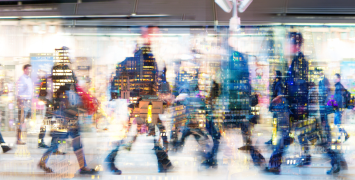 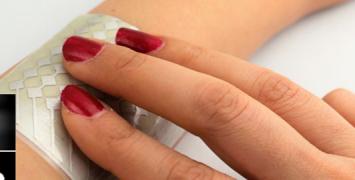 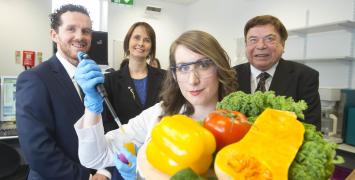