Skip to main content
Evolution of species: different, but not so different

Through her work with the fruit fly Drosophila santomea, Dr Virginie Orgogozo aims to answer one of the most challenging questions of modern evolutionary biology: how do observable characteristics change between species and yet remain stable in a given species?

Phenotypes are observable characteristics that represent the result of complicated biological mechanisms translating our genes into something we can actually see. Genes can determine our differences - whether we have brown or blue eyes, whether we are tall or short - and our similarities. Traits that define human beings, or any other species, are pretty stable within the population yet such traits have changed between species during evolution. For example, humans have long hairs on head, pubis and armpits whereas primates have them all over the body. How do we go from one stable phenotype to another new stable phenotype during evolution?

Dr Orgogozo, from CNRS and the Institut Monod in Paris supervises the ROBUST project,  which aims to explain the mechanisms and genes that act together to produce a robust phenotype. The stability of biological systems is a central question for evolutionary scientists, and, with an ERC Starting Grant, Dr Orgogozo employs a cutting-edge multi-tool genetics approach to identify exactly what processes underline this phenomenon.

By studying the genes that determine the number of sensory hairs of the male reproductive organ in fruit flies, a number that remains the same within a species but changes between species, Dr Orgogozo and her team aim to reconstruct the evolutionary history of such trait, understanding what led to the stabilisation of this characteristic. This will offer almost a moment-by-moment picture of the trait's evolution, which should answer the question of whether mutations cause new phenotypes that are unstable and then get stabilised because of further mutations or whether specific mutations directly create a new stable phenotype. 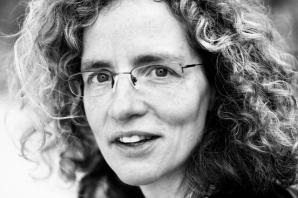