Why do children believe in Santa Claus, and how could Christmas rituals bring us closer together in the current pandemic crisis? By exploring the fundamental causes and consequences of cultural rituals, ERC grantee Harvey Whitehouse at the University of Oxford could provide answers to these questions. His research seeks to help policymakers tackle major global challenges such as COVID-19, terrorism and climate change.

From rules of etiquette to baptisms, initiations, weddings, and great ceremonies of state, rituals have shaped human societies for millennia. However, their exact psychological causes and social consequences are not fully understood.

Some rituals bind small groups of people together so strongly that they would die for one another. Others have the ability to unite larger groups, for example serving as identity markers that bond together the members of a nation or world religion.

Harvey Whitehouse, an anthropologist at the University of Oxford and the principal investigator of the ERC-funded Ritual Modes project, is studying the relationship between rituals that people perform together, the bonds that unite them, and their willingness to act cooperatively in the interests of the group. The project aims to utilise cutting-edge tools from psychology, neuroscience and evolutionary theory to explain why people have rituals and how they affect the societies we live in.

Some cultural rituals and their consequences are perhaps more obvious than others. However, the Rituals Modes project focuses on their less evident aspects.

Clues to the origins of ritual behaviours could lie hidden in our early childhoods. Believing in Santa is, for many, an indispensable part of growing up. But do children believe solely because they were told to do so, or are they naturally predisposed to believe in supernatural beings, especially if the stories about them are buttressed by rituals? To understand how beliefs in Santa develop, researchers investigated how children reason and evaluate different types of non-real people and cultural figures compared to real people.

They found that children at the age of three are capable of understanding the difference between ‘real’ and ‘non-real’. They understand dinosaurs are real, while fictional characters like Peter Pan and SpongeBob are not. However, their belief in cultural figures like Santa or the Tooth Fairy was almost as strong as in real figures.

‘The study showed that children apply principles and bodies of evidence as well as cultural information to create a sort of taxonomy of credibility’, says Whitehouse. He points out that beliefs in cultural figures are bolstered by various rituals – from hanging up stockings on Christmas Eve to placing teeth under pillows.

Many holiday rituals are very joyful and convivial, but are these the only ones that have the ability to bring people together? Whitehouse argues that this holiday season could have an even more bonding effect than many Christmases past, precisely because many people will be separated from their loved ones and not being able to travel, gather, and celebrate as freely as before.

'When people think about Christmas, they usually think about the positive, euphoric emotions and events with bonding effects such as Christmas dinner with family and friends. However, there are much stronger but less obvious ways in which rituals bond us to groups’, says Whitehouse.

There are two powerful roots to the most intense forms of social cohesion related to the holiday season. One is ‘phenotypic matching’ or recognising that we all belong to the same family, which taps into ancient features of our kin psychology that evolved among our ancient ancestors living in extended kin groups.

Another one is shared experience. Whitehouse and his team found that shared suffering creates stronger bonds among group members than shared joy and success. ‘The most long-lasting bonding effects from Christmas are probably the more painful shared experiences,’ says Whitehouse. ‘When we face major setbacks as a family and have to pull together, or when we are not able to be together and have to find other ways to connect.’

Making the world a safer and more tolerant place

To understand how different rituals shape our beliefs and behaviour, the project has so far completed more than 20 studies on topics as diverse as ritual and cohesion in Islamist groups, the effects of Trump’s inauguration, and ritualized behaviour among passionate football supporters in Brazil, Australia, and Indonesia.

Some of their findings challenge common assumptions about specific groups. For example, researchers discovered that roots of violent extremism could lie, not in hatred, but love for the group. ‘Violent extremism stems from powerful bonds in groups, and although it is not the only motivation for extremism, it is an important element of it,’ says Whitehouse.

He adds that the ERC grant is enabling him to bridge the gap between his scientific goals and the possibility of making the world a safer and more tolerant place. As part of his project, he strives to help policymakers better understand how to prevent and tackle intergroup violence, especially violent extremism, as well as to bridge divisions between society and groups with histories of sectarianism, criminal activity, or outgroup hatred.

Whitehouse and his team are also applying their discoveries to addressing major global challenges such as climate change. ‘The vast majority of people on the planet are aligned with religions, and subscribe to beliefs that are often very unscientific and even anti-science. Therefore, leaving religion out of the climate change action would make little sense’, he says.

To help mobilize action on climate change, Whitehouse has carried out several studies on the cohesion of doctrinal religions that could help us better understand how and why humans can work together to address global problems. For instance, one of the studies showed how some forms of social cohesion could motivate people to sacrifice their resources to protect fellow humans and even other species living on the other side of the planet.

Whitehouse and his team now argue that a scientific understanding of cultural rituals, social cohesion and pro-group behaviour can help us develop new ways to address practical, real-world problems. 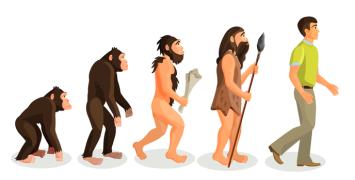 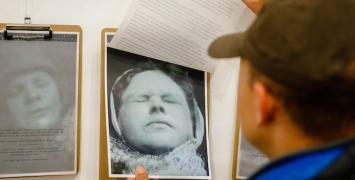 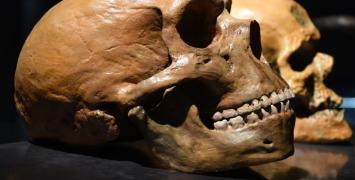 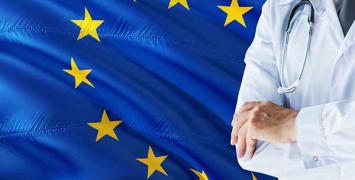