Matchmaking science ready for release on the market with investors in start-ups is the aim of Y Science 2018, the official side event to the world-renowned Slush. Techy events like these may seem almost science fictional at moments and it can be easy to forget that many of the ideas being pitched on stage began with really basic science.

This curiosity-driven science can seem purposeless until it results in extraordinary discoveries and during public spending cuts researchers frequently find themselves under pressure to provide a direct link between their work and commercial application. As Europe leans towards application-oriented research, the ERC interviewed grantee Paola Ceroni, a speaker at this year's Y Science, on why it's important for researchers to be able to immerse themselves in today’s basic scientific disciplines.

Nothing ventured, nothing gained

Technology has transformed our homes and public areas into practical, energy efficient spaces and led to significant developments in health outcomes. There are many technological examples that started out as scientific curiosities. MRI scanners, now widely regarded as an invaluable tool in diagnostic medicine, are just one. The technology was first created and used by chemists in a gas phase with low sensitivity and required the work of many scientists until it was later found that it could be applied to biology. This example shows how, despite the lengthy period of time, basic research can and often does generate unexpected or new opportunities for commercial or societal use.

It's these unanticipated discoveries through curiosity-driven science without specific applications in mind that really push the frontiers of human knowledge. At a recent University of Bologna board meeting, Paola recalls how one visiting Nobel Prize winner raised concerns about the growing emphasis in Europe and the US on research funding devoted to application while China strengthens its investment in basic research. It’s worth mentioning that 90% of Nobel Laureates are basic researchers, some of whom have worked on problems for over 20 years.

In this respect, Prof. Ceroni describes an ERC grant for fundamental research as a second-to-none opportunity. An ERC Starting Grant in 2012 gave her the opportunity to explore a completely new field of basic research which would have been too costly to pursue otherwise. This research on energy conversion involving silicon nanocrystals resulted in some astonishing findings. As she moved away from a photovoltaic application, her research took her towards a brand new application which involves placing silicon nanocrystals around a window to absorb sunlight that is then converted into electricity – a discovery that could be the next big thing in 'smart home' technology. 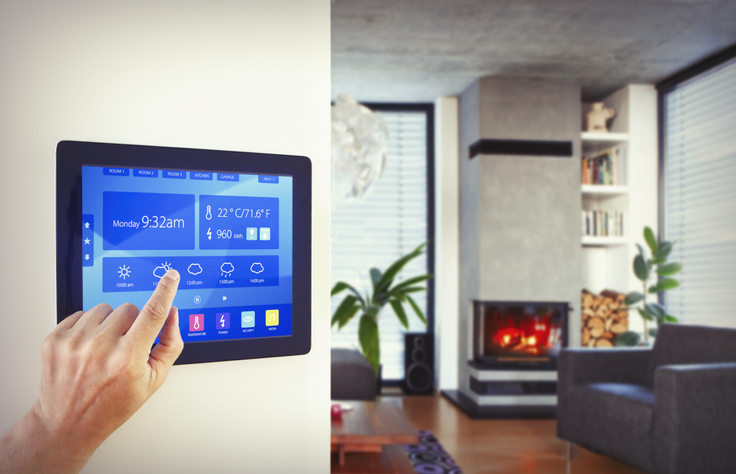 This direction of research also led to an ERC Proof of Concept (PoC) grant for another application in bio-imaging for light-guided surgery, a promising alternative to fluorescent probes for the early diagnosis of diseases in the field of cancer and neuroscience.

ERC PoC grants were introduced in 2011 to help grantees of existing ERC funded projects move towards commercial or social innovation. Innovations can be marketed through licenses for a new or existing company or through a venture funded start-up.

From ideas to business

When Paola started speaking to companies the responses varied dramatically. Some were keen to learn the know-how and understood the time required for research, while others expected immediate results. She found the transition from working on basic research to the unfamiliar territory of patent licenses and start-ups to be tricky. Her ERC PoC grant enabled her to be in contact with the Knowledge Transfer Office in Bologna which helped her organise a conference on silicon nanocrystals to meet companies. This was useful but overall she finds the communication between academia and the business world to be lacking and she feels there are many academics already sitting on a goldmine of early phase start-up ideas which could be taken up by businesses if there was better two-way communication.

Basic research can seem like it is forever and a day away from practical use and the market but research like Prof. Ceroni's shows that funding basic research can result in unexpected, usable findings with meaningful impact for society in under a decade. Reason enough to strengthen the argument for its public support and to move away from application-oriented research. It also demonstrates how important it is for researchers to be able to follow their interests and occupy themselves in understanding today’s world - research that could one day be the next ground-breaking innovation pitched at events like Y Science.

Paola Ceroni is a professor at the University of Bologna. In 1998 she obtained her PhD degree in Chemical Sciences at the University of Bologna, after a period in the United States (in Prof. Allen J. Bard’s laboratory). Her research on luminescent silicon nanocrystals was funded by an ERC Starting Grant PhotoSi and an ERC Proof of Concept SiNBiosys. She is a fellow of the Royal Society of Chemistry and Associate Editor of Dalton Transactions.