Interpreting messages from the earth’s interior

Barbara Romanowicz, geophysicist and expert on imaging the earth's interior, has been a member of the ERC’s Scientific Council since 2016. She explains the nature of her research, its reach across the planet and also updates us on gender issues developments at the ERC.

You trained as a mathematician – how did you get involved in seismology?

I studied pure mathematics for six years and ended up in seismology quite by chance. In the early 1970s I came across a poster in my Paris university corridor. It was advertising a Masters in fundamental astronomy which included a two weeks internship in an observatory in the Pyrenees. As a big fan of mountains, both hiking and climbing, I was immediately interested!

Seismology is well suited for someone with a background in mathematics. Everything that has to do with seismic wave propagation is very mathematical.

Within that group, as a mathematician I was asked to work on the computation of orbits of artificial satellites that circle the earth, moon and planets. These orbits are affected by the gravity field of the planets and so are used to construct maps of these fields. The gravity field in turn reflects the internal density structure of the planet. My subsequent PhD went on to use the gravity field to try and determine variations in density inside the earth's mantle, which inform us about the forces that drive the motions of tectonic plates at the surface – but this turned out to be challenging.

Meanwhile I met colleagues working in seismology who were making incredible maps of how fast earthquake waves were travelling through the earth depending on the location of the seismic stations that were picking them up, and back-projecting this to characterize what structures they were passing through. I thought this was really promising…

Getting to the center of things

I’m fascinated by the dynamic processes in the deep earth interior. For example, right at the center, the earth’s solid inner core is one sixth of the earth’s radius, and it's growing. Earthquake waves that travel through it record different speeds depending on whether they travel parallel to the earth's rotation axis, or to the earth's equator. This is attributed to alignment of iron crystals in directions that manifest deformation processes within the inner core. This in turn may help us better understand the evolution of the earth’s magnetic field - as produced by in its outer, liquid core - as it is affected by the presence of the solid inner core. But the earthquake waves also have to travel through the earth’s mantle, the rocky external part. If we don’t know the complex structure of the mantle well, we can’t infer what is going on in the core.

I work on various topics, including developing new methodologies to increase the resolution in imaging of earth's internal structure, and extracting more information from the wiggles we record on seismometers. I also have participated in efforts to deploy state-of-the-art seismic networks on land and on the seafloor. Earthquakes don’t respect national boundaries.

Can you explain the international aspects of your work?

First I should say that seismic imaging is very international– you can do it from anywhere! You don’t have to be in a region where there are earthquakes. Everything is digital now and we have online data archives that collect data, often in real time, and are accessible from anywhere by internet. It is, in general, a very open field.

However this has not stopped me moving around. After a post doc in the USA I came back to France and spent ten years developing the first global digital network of broadband seismometers – state of the art sensors, all around the earth, called GEOSCOPE. I was then offered a faculty job at the University of California, Berkeley, in particular to modernize their regional network of seismic stations that monitor earthquakes in northern California. I was there full time for twenty years. Then, for the last 9 years I’ve also been teaching at the Collège de France in Paris.

While Prof Romanowicz has received numerous prizes and positions in recognition of her tremendous work in her field, most recently she was awarded the William Bowie Medal by the American Geophysical Union for “outstanding contributions to fundamental geophysics and for unselfish cooperation in research.”

Why did you accept to work on the ERC’s Scientific Council?

For me, the ERC is the best program that was ever created to support fundamental research in Europe. If you have a research funding institution in a small country, it can depend on a grant evaluation process that is limited by the available pool of experts in that country, and conflicts of interest can quickly arise. When you do this at European scale the potential for a top quality evaluation process is much higher.

There are also several aspects in which the ERC compares favourably with other large scale research funding institutions such as the USA’s National Science Foundation. As a senior scientist in the USA I found myself competing with early career scientists for NSF grants. Of course you want to encourage the early career scientists, often they are the ones with the most original ideas, but as a senior scientist I have a role to play in the training of the next generation of young researchers in my field. By separating its funding competitions to reflect different career stages - Starting, Consolidating and Advanced - the ERC allows researchers at particular stages in their careers to compete with their peers.

The ERC also offers grants with a five year term. In the USA it's very hard to get funding for anything longer than two or three years. This makes it difficult to develop a longer term research programme. You are always in a hurry to get something done.

What are your hopes for this, your second term on the ERC’s Scientific Council?

Just maintaining the ERC as it was originally conceived by its founders is an important goal and still a huge challenge. We have to keep fighting to maintain the ERC's fundamental values. Also, experience has shown that we receive many more high quality research proposals than can be funded with the current ERC budget. A ten per cent success rate for project proposals is insufficient. You could double this and still have an excellent programme.

As we celebrate Women’s Day this weekend, we wonder has the gender balance changed in your field?

The field of geophysics has changed over the years. Right now, the number of male and female graduate students is about the same, so the pool is becoming balanced. But in terms of senior researchers there is still attrition. A lot of women do drop out at the time of, or just after, the post-doc stage, mainly due to family related issues. For example, nowadays we commonly have the situation of both partners in a relationship having a career to manage, which means they face the challenge of finding jobs for both in the same town or even country.

What is the ERC’s Gender Issues working group currently working on?

At the moment, besides monitoring gender balance in the context of the ERC funding competitions, we are looking at a topic that was completely new to me when I joined the working group. We are investigating how differences related to gender may be important in designing and conducting research projects. For example, biomedical researchers may need to ensure they are carrying out experiments on both male and female test subjects as they can react differently and hence produce different research results.

In November we will host an ERC workshop to showcase and discuss innovative approaches to address this gender dimension. The intention is not to dictate how researchers should conduct their work, the ERC’s bottom up approach is not in question. The ultimate goal is simply to raise general awareness on how the gender dimension influences the quality and usefulness of research.

More details on Prof Romanowicz’s career, work at the College de France, and work at Berkeley. 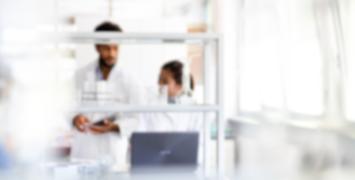 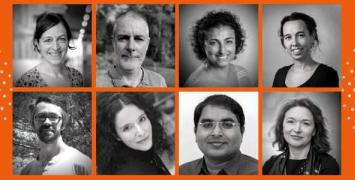 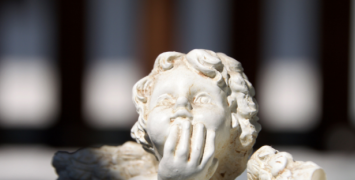