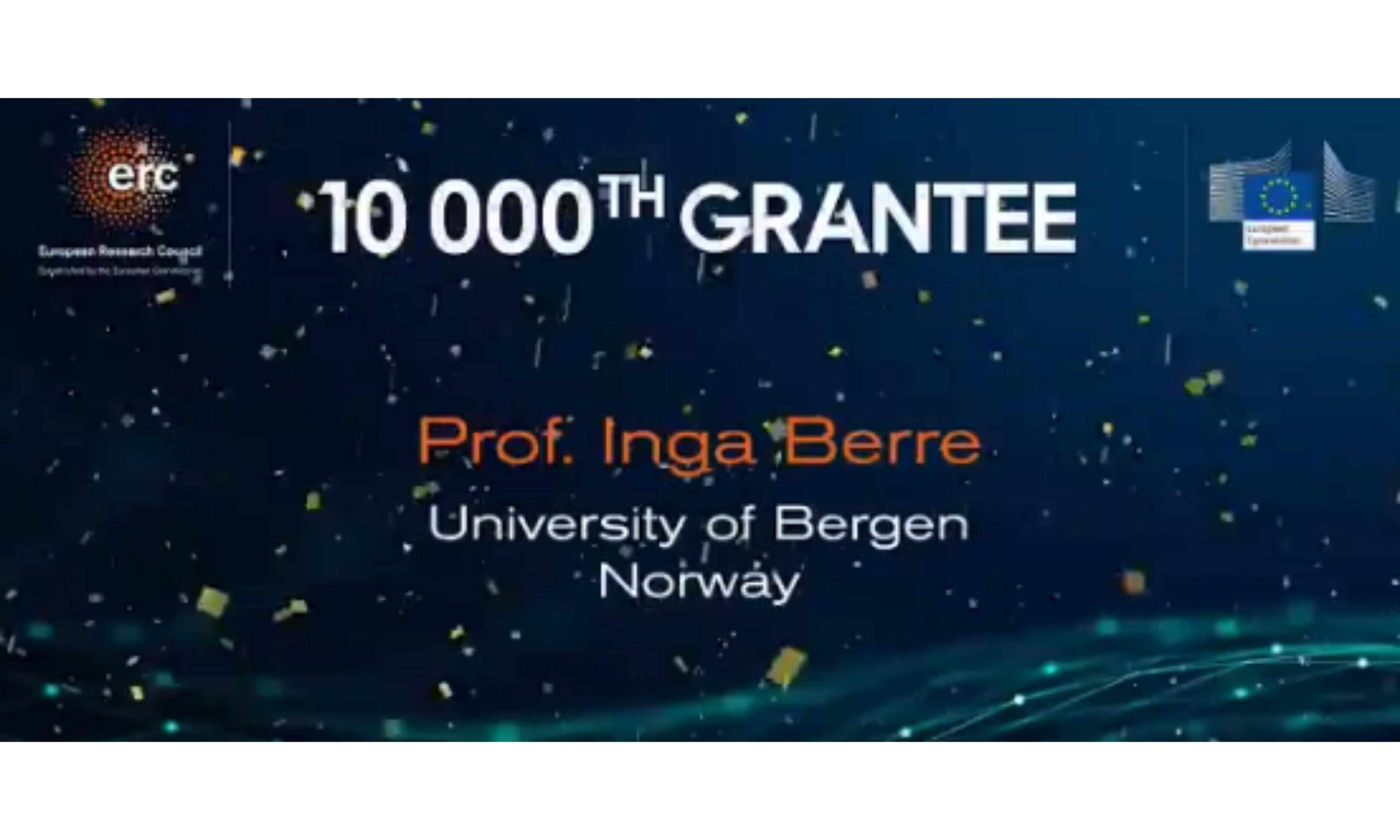 Today the European Research Council (ERC) celebrates a new milestone – the 10 000th researcher awarded an ERC grant: Prof. Inga Berre from the University of Bergen (Norway). During an online ceremony, European Commission President Ursula von der Leyen, European Parliament President David Sassoli and other European leaders expressed their strong support for frontier research and the ERC. The event was the occasion to mark that the 10 000 top researchers have been supported by the EU through ERC grants across Europe.

With an ERC Consolidator Grant, Prof. Inga Berre will be able to further her cutting-edge research in geothermal energy. She will develop pioneering mathematical and numerical models for the development and production of high-temperature geothermal resources. This promising research is set to advance on the path to clean and sustainable energy for future generations.

On this occasion, European Commissioner for Innovation, Research, Culture, Education and Youth Mariya Gabriel, who announced the 10 000th grantee, said: “Congratulations to Professor Inga Berre - she is the 10 000th researcher awarded an ERC grant! Today we celebrate all 10 000 ERC grantees. These bright minds from Europe and beyond are pushing the boundaries of our knowledge. The pandemic has reminded us that long-term investments in fundamental research have proven crucial in moments of crisis. The many years of research behind mRNA technology allowed the development of new vaccines in record time. It is precisely because we cannot anticipate all the challenges we may face tomorrow that we must continue to invest in frontier research. We do so through the European Research Council, a widely recognised success story for Europe, fourteen years after its launch.”

Prof. Jean-Pierre Bourguignon, President of the ERC, also spoke at the event. He said: “Today we celebrate people! The 10 000 inspirational researchers who go after their most ambitious ideas, using their creativity and hunger for knowledge. They include much young talent that will decisively make Europe competitive globally and ready for a future that cannot be predicted. Today we also celebrate the early pioneers and great visionaries who believed in the ERC and made it happen. Without them, frontier science in Europe would not have been what it is today.”

The 10 000th grantee, Professor Inga Berre, commented: “I am immensely honoured to be a representative of all the 10 000 ERC grantees on this occasion. I feel incredibly fortunate to have received an ERC grant and I look forward to start the planned research with colleagues at the University of Bergen, international collaborators, and five new team members. In the challenging tasks we have ahead of us, it is a great inspiration to be part of the remarkable community of ERC-funded researchers across Europe.”

Amongst the speakers were also Minister of Science, Technology and Higher Education Manuel Heitor, representing the Portuguese Presidency of the Council of the EU, as well as Chair of the European Parliament’s Committee on Industry, Research and Energy Cristian-Silviu Buşoi.

The ceremony also highlighted the work of some ERC grantees who have contributed to transforming the European research landscape with their breakthrough science in different ways. ERC grantees Katerina Douka (Max-Planck Society), Roberto Navigli (Sapienza – University of Rome) and Ülo Niinemets (Estonian University of Life Sciences) shared insights into their research. They are part of a story package describing some of the most pioneering ERC-funded research:

Like all ERC-funded projects, Prof. Inga Berre’s project is driven by scientific curiosity and is supported because of its scientific quality alone. Political considerations played no role in the awarding of her grant, but Prof. Berre’s project is set to contribute ultimately to the EU’s Green Deal that supports the EU’s aim of becoming climate neutral by 2050.

The ERC, set up by the European Union in 2007, is the premier European funding organisation for excellent frontier research. It funds creative researchers of any nationality and age, to run projects based across Europe. The ERC offers four core grant schemes: Starting Grants, Consolidator Grants, Advanced Grants and Synergy Grants. With its additional Proof of Concept Grant scheme, the ERC helps grantees to bridge the gap between their pioneering research and early phases of its commercialisation. The ERC is led by an independent governing body, the Scientific Council, and the ERC President is currently Professor Jean-Pierre Bourguignon. The overall ERC budget from 2021 to 2027 is more than €16 billion, as part of the Horizon Europe programme, under the responsibility of the European Commissioner for Innovation, Research, Culture, Education and Youth, Mariya Gabriel. 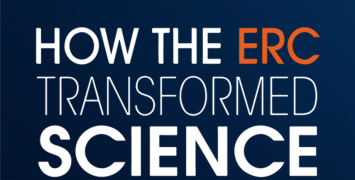