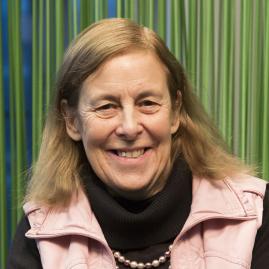 Janet is a Senior Scientist at the European Molecular Biology Laboratory - European Bioinformatics Institute on the Wellcome Trust Genome Campus at Hinxton, near Cambridge, UK. She was Director of the institute from 2001-2015. The EBI provides core bioinformatics services, especially public biological data for genome and protein sequences and structures, small molecule data and integrated proteomic, metabolomics and transcriptome information. The institute also performs investigator led bioinformatics research. Janet coordinated the ELIXIR preparatory phase (2006 – 2013) to create a pan-European infrastructure for the Life Sciences. Janet chaired one of the first panels in the ERC Janet now focuses on research and her group specialises in protein structural bioinformatics especially understanding enzyme catalysis and how variants in protein sequences cause disruption and disease. In addition she studies the causes and impact of ageing using computational approaches. She has published more than 500 scientific papers, was elected to the Royal Society in 1999, EMBO in 2001, the Academy of Medical Sciences and Academiae Europaea in 2014 and is a Foreign Associate of US National Academy of Sciences. In 2012 she became a Dame Commander of the Order of the British Empire for services to bioinformatics.

Dame Janet Thornton was Vice-President of the European Research Council from 01 Jan 2019 until 31 Dec 2020 and was responsible for the Life sciences domain.