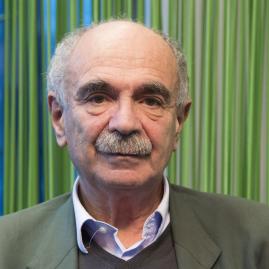 Michel Wieviorka has been Director of the Centre d'Analyse et d'Intervention Sociologiques (1993-2009), founded by Alain Touraine and President of the International Sociological Association (2006-2010). He is the founding editor of a new Journal, Socio (first issue in March 2013), and a member of the editorial board of several other international journals.

His main research deal with social movements, racism, terrorism, violence, multiculturalism and cultural differences. Among his main books, in English, are: The Arena of Racism (Sage, 1995); The Making of Terrorism (University of Chicago Press); Violence, a new Approach (Sage, 2008); The Lure of Anti-Semitism. Hatred of Jews in Present-Day France (Brill, 2007) and recently Evil (Polity Press, 2012); The Front National - caught between extremism, populism and democracy (Counterpoint, 2013).

In 2012, he was made Docteur honoris causa, Pontificia Universidad Católica del Perú (Lima).