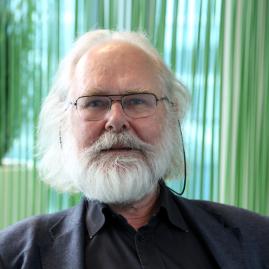 Nils STENSETH
Current position:
Current position
Research Professor in ecology and evolution and Chair of the Centre for Ecological and Evolutionary Synthesis (CEES) at the University of Oslo

Prof. Stenseth is also the Chair of the Nordic Centre for Research on Marine Ecosystems and Resources under Climate Change (NorMER). His research interests span a broad spectrum of ecological and evolutionary topics, most of which are rooted in population biology. Besides a wide range of theoretical issues, he has worked on terrestrial, aquatic and marine issues, as well as disease systems with an environmental reservoir (plague and anthrax). He is an elected member and President of the Norwegian Academy of Science and Letters (DNVA). He is also an elected member or fellow of several other academies, including the Royal Norwegian Society of Science and Letters (DKNVS), Academia Europaea, French Académie des Sciences and the Finnish Society of Sciences and Letters. He has been awarded honorary doctorates (Doctor Honoris Causa) at the University of Antwerp (Belgium, 2001) and the École Normale Supérieure (Lyon, France, 2011), and he is an Honorary Professor at Addis Ababa University in Ethiopia. Stenseth was made Chevalier (Knight) in the French National Order of the Legion of Honour (2011).