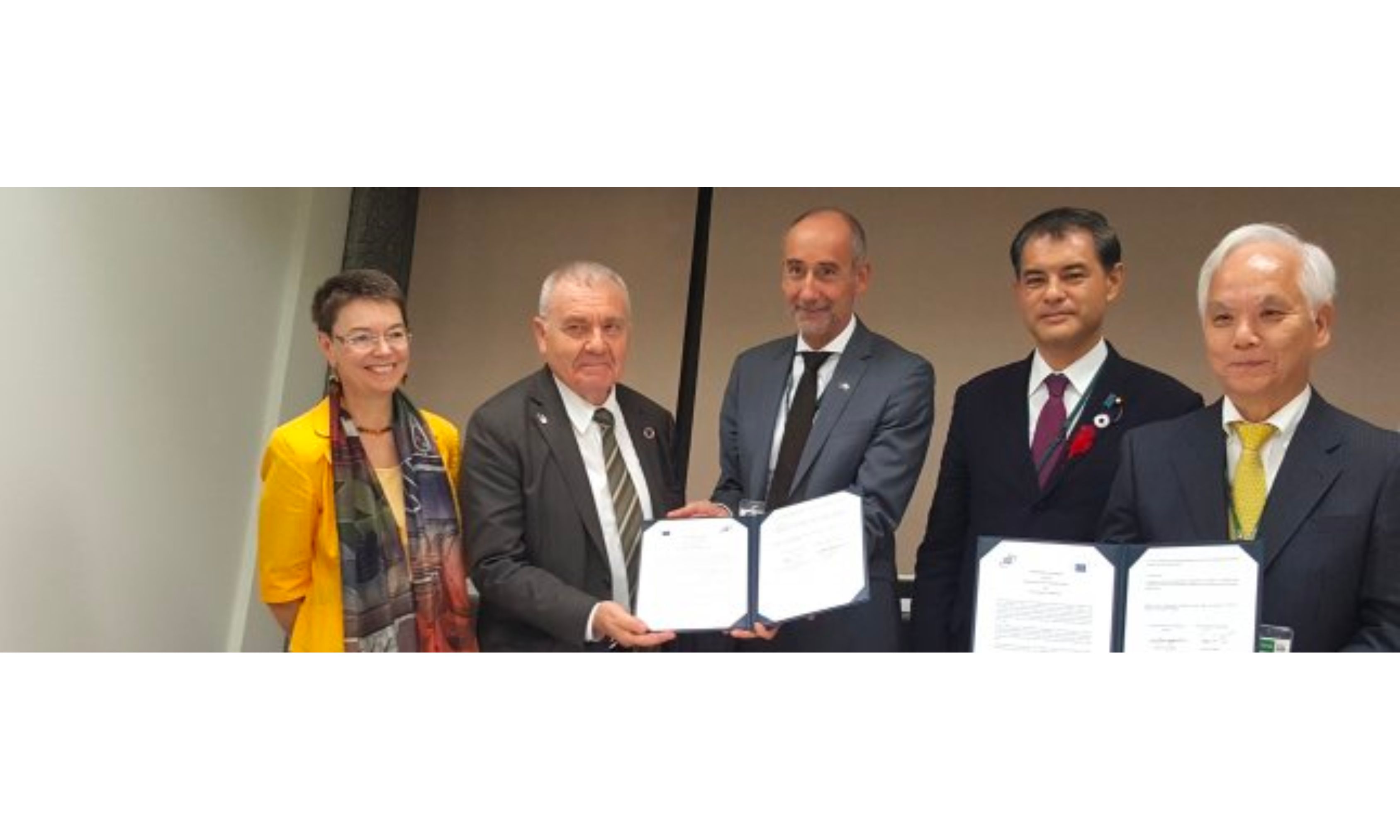 The EU and Japan has concluded a new agreement to encourage top Japanese researchers to join teams in Europe that are funded by the European Research Council (ERC). The initiative is a collaboration with the Japan Science and Technology Agency (JST) and is the second of its kind for the ERC with a Japanese funding body. It is the eleventh such agreement aimed to help the ERC attract the brightest mind to Europe and to encourage cooperation.

The European Commission's Director General for Research and Innovation, Jean-Eric Paquet, and the President of the JST, Michinari Hamaguchi, signed the deal during the "Science and Technology in Society" forum in Kyoto, in presence of the Japanese Minister of Education, Culture, Sports, Science and Technology, Masahiko Shibayama, the ERC President, Jean-Pierre Bourguignon and the Ambassador Designate of the European Union Delegation to Japan, Patricia Flor. The initiative aims to encourage high-calibre researchers, who are supported by the JST, to make research visits to Europe, where they will temporarily join ERC-funded research teams.

On the occasion of the signing, Director General Jean-Eric Paquet said: "Europe is open to the world, not least when it comes to R&I. Top science is an international enterprise by nature which is why I am thrilled about this new initiative - a win-win for Europe and Japan. I thank the Japan Science and Technology Agency for participating in this joint effort to foster further collaboration amongst the world's brightest minds."

ERC President Jean-Pierre Bourguignon said: "I am very pleased to launch another research initiative with a key funding body in Japan – a country that takes broad investment in R&I very seriously. Science knows no borders and the ERC is a strong believer in more scientific collaboration, which ultimately benefits all."

The ERC, part of the EU Horizon 2020 programme, provides grants to top research talent of any nationality who are willing to be based in Europe. So far, 32 scientists of Japanese nationality have obtained an ERC grant, hosted by universities and research organisation across Europe. In addition, it is estimated that around 300 team members of Japanese nationality have been engaged in ERC-funded projects. Following an agreement with the Japan Society for the Promotion of Science (JSPS) in 2015, 18 Japanese researchers, funded by JSPS, have also visited ERC teams.

The European Research Council, set up by the European Union in 2007, is the premiere European funding organisation for excellent frontier research. Every year, it selects and funds the very best, creative researchers of any nationality and age, to run projects across the European Research Area. To date, the ERC has funded over 8,500 top researchers at various stages of their careers. It offers four core grant schemes: Starting, Consolidator, Advanced and Synergy Grants. As of 2019, ERC Synergy Grants will also be open to applicants based in host institutions outside the European Research Area. Over 50,000 researchers and other professionals have been employed in ERC teams, as grantees on average employ around six team members. With grants open to talent of any nationality, the ERC strives to attract top researchers from anywhere in the world to come to work in Europe and encourages non-European scientists to join teams led by ERC grantees. Estimates show that around 17% of team members, who can also be based outside Europe, are non-European nationals.

The ERC is led by an independent governing body, the Scientific Council. The ERC President is Professor Jean-Pierre Bourguignon. The ERC has a budget of over €13 billion for the years 2014 to 2020, part of Horizon 2020, for which European Commissioner for Research, Innovation and Science Carlos Moedas is responsible.