WHY IS THE WORLD GREEN 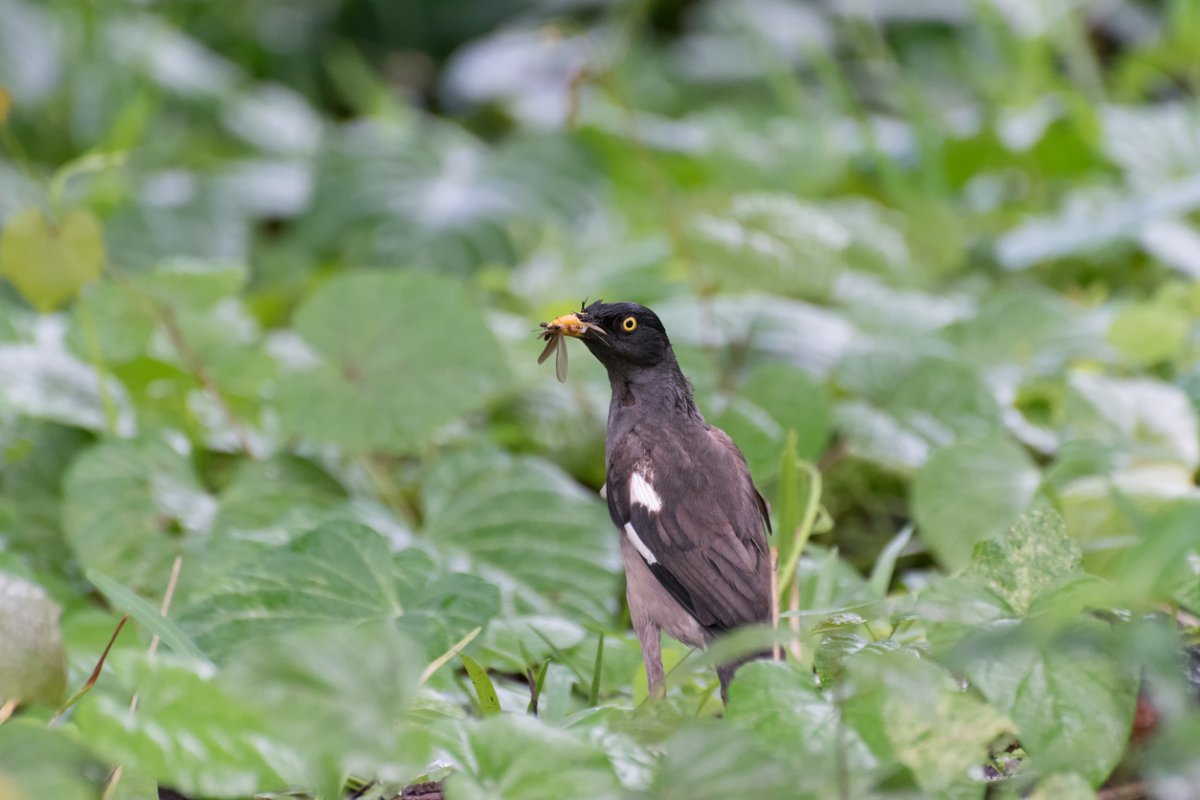 The most common answer to the question is that predators control the amount of plant eating animals and hence allow vegetation to flourish. However, it is poorly understood how important this top-down control is for the diversity and productivity of the forests which cover almost a third of the Earth's land. Also, there has been little research done on the influence of some key insect eating predatory groups such as birds, bats and ants.

Dr Katerina Sam aims to fill this knowledge gap. Using an ERC Starting Grant, her team will study how key predators contribute to top-down effects both individually and in synergy, and how their effects vary in lower and higher latitudes and in forest understories and canopies. With test sites with canopy crane access in Japan, China, Malaysia, Papua New Guinea, and Australia, the team will vary the number of predators to measure what effect this has on forest vegetation. This innovative study will resolve the dynamics of forest food chains and help inspire new practical aspects of ecosystem management and conservation.

HOW ARE MOUNTAINS LANDSCAPES BUILT?

One of the most challenging unresolved issues in Earth Sciences is to unravel how tectonics, climate and surface processes act and interact to shape the Earth’s surface. The foundations of modern quantitative geomorphology are based on steady-state landscapes responding to slow change in climate or tectonics. This means we assume that any short term changes to landscapes, for example due to a sudden flood, have only temporary effects and the landscape eventually reverts to its "normal" state, calculated as an average position. But what if frequent short disruptions from storms and earthquakes have longer term ability to change our scenery?

Dr Philippe Steer's project will develop a new landscape evolution model to unravel how such stresses build or destroy landscapes. It will produce and analyse new high-resolution topographic data revealing the nature of landscapes in Taiwan, New-Zealand and the Himalayas. The research could produce a new approach to assessing earthquake risk based on landscape shape analysis, as well as a way to assess the role of climate warming on the post-glacial evolution of glaciated areas. The project results could also be used to help optimise road and communication networks in risk areas. 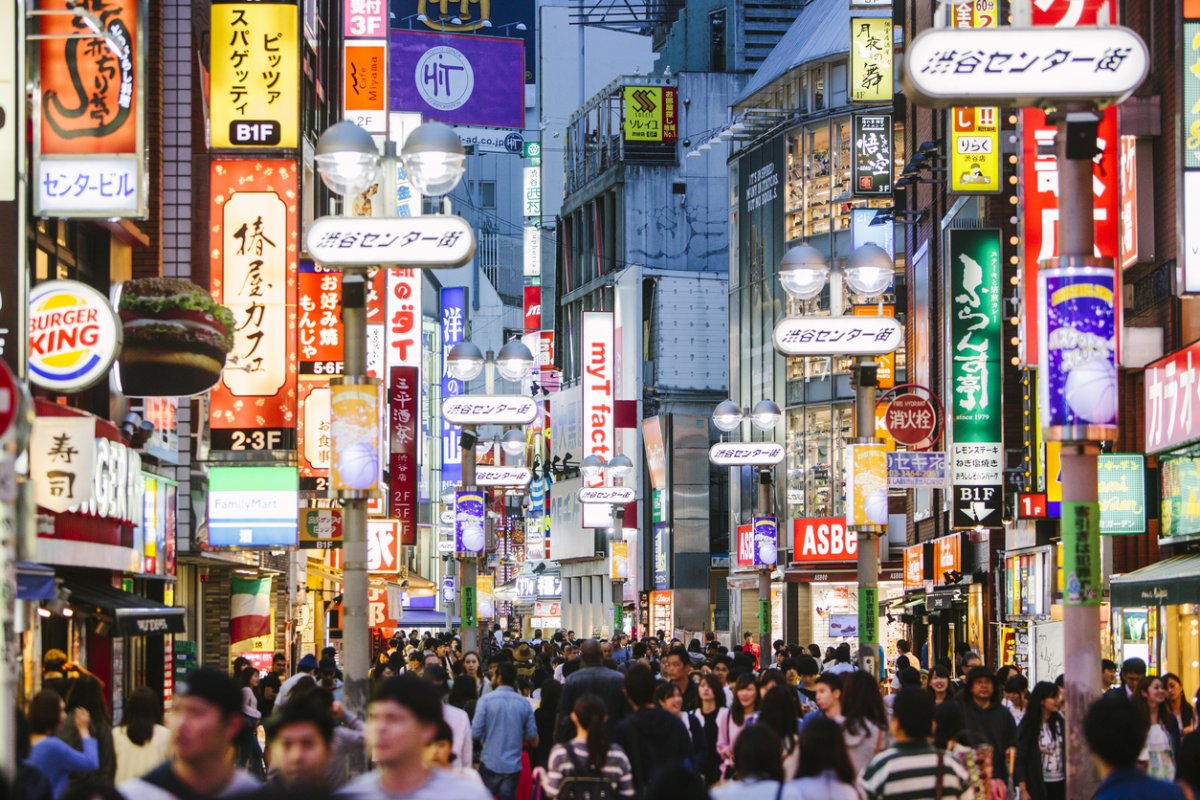 Japan was the first Asian nation to industrialise. Unlike England or France, for example, Japan transformed from a relatively isolated agrarian economy to an industrialised power in only a few decades. Dr Aleksandra Kobiljski aims to challenge the current understanding of how Japan became a global industrial power. Instead of considering innovation as a distinct moment of disruption, Kobiljski seeks to focus on technologies at work to redefine it as a result of long-term process of accumulation.

With the Starting Grant, Kobiljski's research team will study Japan's technological landscape between 1800 and 1885, a period that is acknowledged as crucial for the country's development but has remained empirically poorly understood. The team will analyse previously unexamined archives to bring depth and nuance to the specific case of Japanese industrialisation but also to more broad innovative processes in human history.

STUDYING HUMAN ANCESTORS IN A DISH 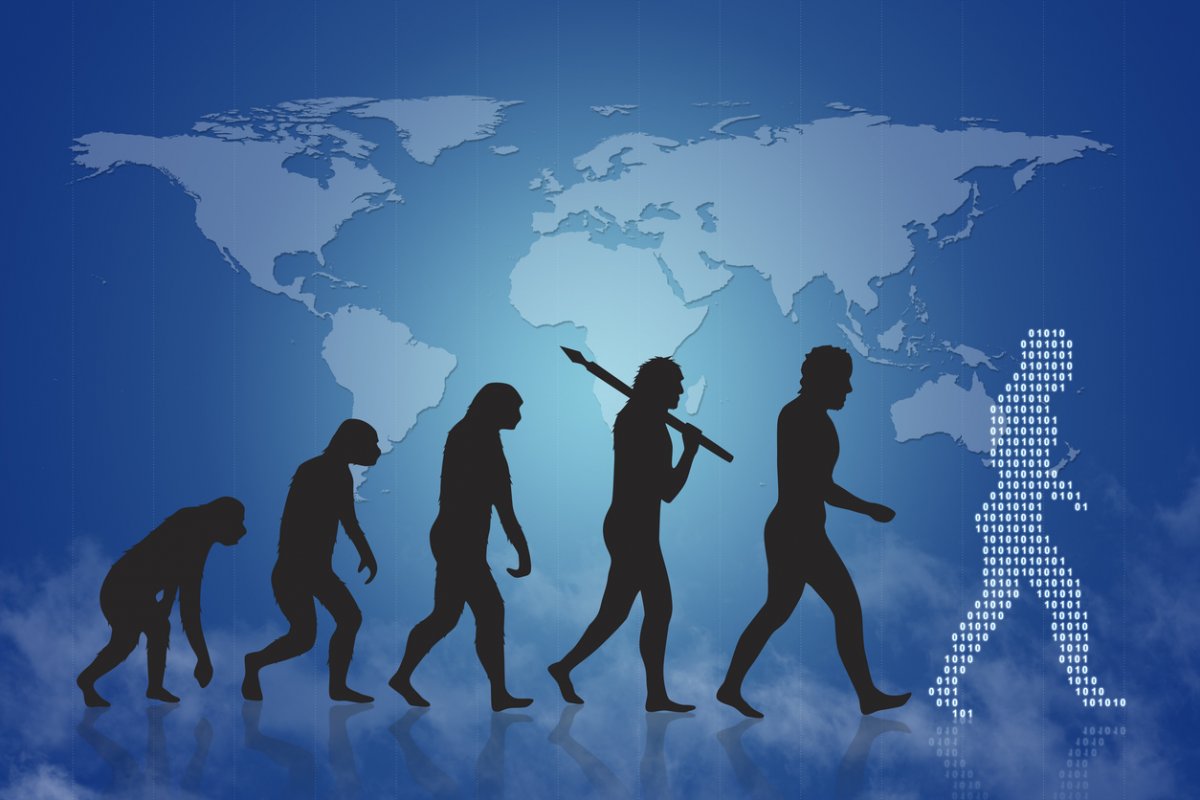 For decades scientists have been investigating how humans evolved differently from the other great apes, to find out how we acquired the cognitive and physical abilities to colonize the entire planet. Comparing human genomes with those of chimpanzees and Neanderthals has led to the identification of genetic differences that are specific to humans, however it is unclear what these differences actually do.

Dr. Gray Camp, from the Max Planck Institute for Evolutionary Anthropology, Leipzig, has just received an ERC Starting Grant to study the behaviour and development of our ancestors' cells in a petri dish. He will develop "organoids" – artificially grown groups of cells that behave similarly to real organs – with pre-human features, and compare them with organoids from our closest living relatives, chimpanzees and the other apes. These organoids, so far mostly used in medical research, will provide a reference map of how pre-human cells might have functioned, and shed light on what makes our own cells uniquely human. 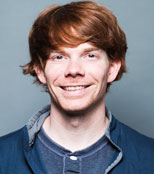 WHY DO SOME PEOPLE SEE THINGS DIFFERENTLY 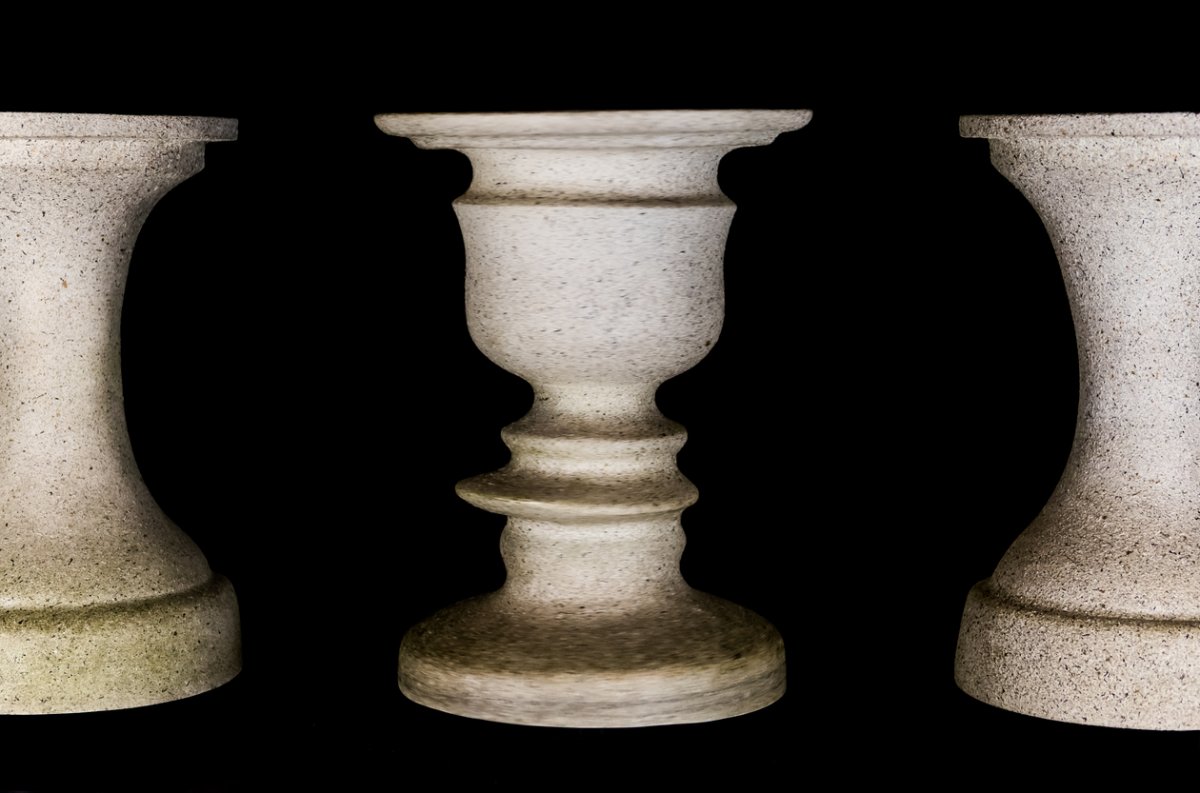 What do you see when you look at the famous Rubin's vase illusion? The vase or the two faces? New research set out to prove it depends on your physical state and personality. We already know some characteristics of human vision are associated with conditions such as autism. For certain neurodevelopmental disorders, research has also established a link between the digestive system and brain physiology. Paola Binda will now examine human sight to determine the relationship between our bodies' metabolism, how our brains' process information and how we see things.

Binda's team will measure individual differences in visual function to understand their relationship to autistic personality and to metabolism. The research will use perceptual tests involving pupil-size modulation, combined with metabolic stimulation and ultra-high field magnetic resonance of visual cortical processing. The results could aid diagnosis of autism through evaluation of perceptual styles. They could also help develop innovative therapeutic approaches to change perception and behaviour by influencing general physiology through how we eat and exercise.

RECONSTRUCTING A BIBLE TO PRESERVE A CULTURE

Eastern European Karaims, the sole representatives of Karaite Judaism in Europe, are at risk of losing both their language and religious practice. Their native tongue is a severely endangered Turkic vernacular and merely a fraction of its surviving written heritage is currently being studied for preservation purposes. The Karaim religion is based solely on the recognition of the Hebrew Bible as the supreme authority in religious law and theology, but there is currently no suitable edition of the Bible for the Karaims to use. The existing translations are locked in sources written in Hebrew script – which Karaims can no longer read.

Dr Michał Németh and his team will create a comprehensive Karaim Bible based on carefully selected sources from the 15th–20th centuries. They will create the first linguistic and palaeographic descriptions of the oldest, unedited Karaim texts. To better understand the way these translations were created, they will also investigate whether the Biblical manuscripts and the Hebrew script types used by Karaims belong to one or multiple scribal traditions. The resulting on-line edition of the Bible will be equipped with a lexicographical database and English translation and will provide a highly interconnected network of data based on Semantic Web technologies. This will greatly facilitate the linguistic and religious study needed to preserve the Karaim identity and help sustain this endangered culture 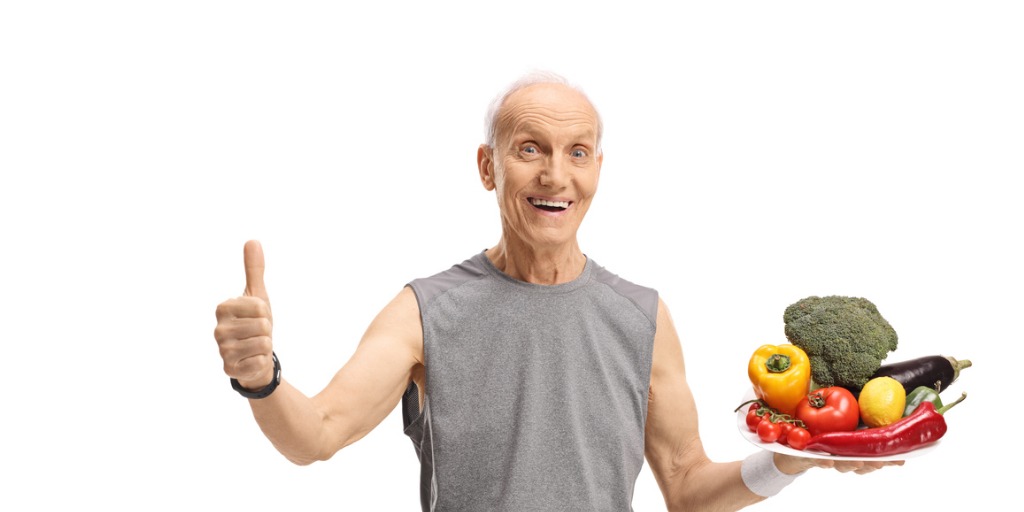 As our society ages, a growing concern is how to prevent or delay the onset of neurodegenerative diseases that are becoming increasingly common, such as Parkinson’s and Alzheimer’s. While we all know that eating fruit and vegetables, rich in phenolics, can help keep you healthy in general, scientists still don’t know exactly how a diet rich in such phenolics keeps your brain healthy. Dr Cláudia Nunes dos Santos will work to identify which phenolic compounds can support strategies to defer dementia and to understand their exact molecular and cellular mechanism.

Her research will focus on the particular metabolites derived from dietary phenolics that can cross the blood-brain barrier to reach the brain. She will consider the use of metabolites in both the prevention and treatment of neuroinflammation – a key process common to neurodegenerative diseases. Using her ERC starting grant, she aims to push the development of a cost-effective long-term phenolic-based care strategy to keep our brains' in good health.

People have always been intrigued by the extremes in nature. We have microscopes that allow us to study tiny objects and telescopes that enable us to see objects far beyond the limits of our eyes. However, examining ultrafast events in nature is still a challenge. So far, there are methods to probe phenomena that occur on picosecond timescale or faster but only if the processes are repetitive.

Recently, Dr Elias Kristensson invented a coding imaging concept called Frequency Recognition Algorithm for Multiple Exposures (FRAME) that can film at up to 5 trillion frames per second. To date, FRAME is the only method that enables videography of single, non-repetitive event with spectroscopic compatibility in femtosecond timescale, meaning in a time of one quadrillionth of a second. With the Starting Grant, Kristensson aims to develop novel diagnostic tools based on this method and apply FRAME videography to examine ultrafast events. This would open the door to a significant amount of new research possibilities for example in biology, chemistry and physics. 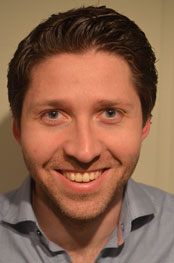 The current world population of 7.6 billion is expected to reach 9.8 billion in 2050. In Africa, for example, the amount of people in 26 countries will at least double. Most of this population growth will happen in small and medium cities. Due to the rapid urbanisation, the majority of emissions in the next century will be emitted by infrastructures that are yet to be built.

So far, research on climate action has showcased various initiatives in major cities. However, lowering the carbon emissions depends on actions carried out in smaller, ordinary cities that are outside current global networks of climate innovation. With the ERC Starting Grant, Prof. Vanesa Castan Broto will address this gap by delivering the first large-scale study of low carbon actions in ordinary cities. Her research team will analyse local actions resulting from changes in global environmental politics over the past 30 years, and help produce the means to bridge the gap between global concerns and local possibilities.