Skip to main content
The beauty of frozen particles

Emulsions play a key role both in natural and industrial processes, as they allow the combination of two liquids that do not normally mix and make the blend stable. Yet, when materials solidify or freeze, the complex interactions that take place and affect the final microstructure of the solidified components, are still poorly understood. ERC grantee Sylvain Deville and his team at CNRS have showed that it is possible to use an optical imaging technique to study the freezing of emulsions while the process takes place, a novel method presented in the prestigious journal Science.

Researchers in the fields of biology, materials science and engineering have been trying to understand how objects with a solidification front interact with each other. Still, until today, observing the freezing of particles, bubbles or cells when they are in suspension remained difficult. Different methods, such as optical and X-ray imaging, were previously used to tackle this question, but studying the behavior of suspended objects, such as blood cells, during solidification is challenging. The difficulty was linked to the size of the objects – only a few microns big, the speed of the freezing process – crystals grow in few microns per second, and sometimes the extreme temperatures. Dr Deville and his team have demonstrated that it is possible to use confocal microscopy for studying this process while it takes place, unveiling the interaction between oil droplets and ice crystals.
Confocal microscopy is an optical imaging technique for increasing optical resolution and contrast. The team of researchers prepared an emulsion of calibrated oil droplets, dispersed in water and stabilized with surfactant, a chemical compound that increased the wetting and spreading properties of the two liquids, then froze it. With the help of confocal microscopy they imaged freezing of emulsions in 5 dimensions, including 3D spatial imaging, time flow and quantification of the surfactant. Freezing our model emulsions is like freezing mayonnaise to understand cryopreservation and metallurgy,'' explains Dr Deville.


The researchers were able to follow the redistribution of the oil droplets and the surfactant during the freezing. They highlighted the essential role of the solute concentration, which encouraged the interactions between the droplets and the solidification front, affecting the distribution of droplets in the ice. By better understanding the insights of the solidification, the researchers can improve the process and increase control on it. Increasing knowledge on solute concentration and redistribution could also help in improving the cryopreservation procedures, like freezing the blood cells, embryos or ovarian tissue.

Thanks to this novelty approach, researchers can now not only image these events, but also get a 3D movies or detailed view of frozen emulsions which can help understand the underlying physics. In fact, there are many systems that are difficult to investigate, but they can be compared to freezing emulsions. So the approach proposed here is versatile and can be easily adapted to a variety of solidification systems, from geophysics to food engineering or biology. 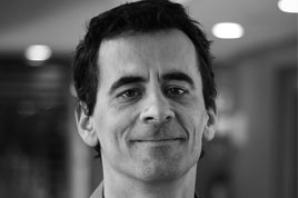