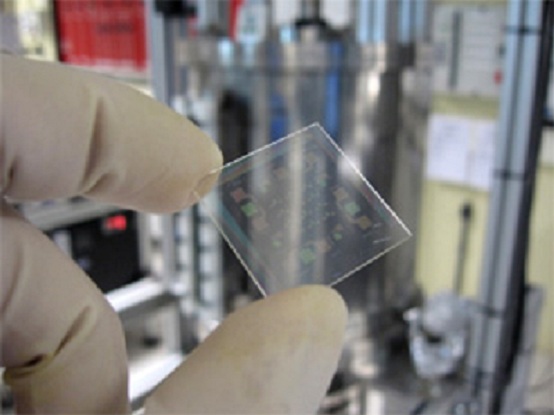 Forget USA, Japan; the field of transparent electronics has put Portugal well and truly on the map thanks to Professor Elvira Fortunato and one of the largest grants awarded to a Portuguese scientist. The European Research Council grant contributed to the installation of the recently opened NOVA Nano-Fabrication Laboratory, of which Prof Fortunato is the Director.

The world of electronics has become see-through! Imagine having a fully transparent flexible screen, an invisible security camera or even an intelligent window because of state-of-the-art transparent electronic circuits developed by Professor Fortunato and her team. These ideas might sound far-fetched and futuristic, but ‘impossible’ is not in Professor Fortunato’s dictionary. Having already researched the development of transparent thin film transistors using novel metal oxides that act as semiconductor materials, she is certain that this is the future for electronics.

In February 2011, Professor Fortunato became the Director of the new Nano-Fabrication Laboratory at the Centre of Materials’ Research, Lisbon New University (UNL). The laboratory was officially inaugurated in presence of the President of the Republic of Portugal, Anibal Cavaco Silva.

Professor Fortunato’s team have shown that metal oxides such as zinc oxide can be used in electronics as semiconductor transistors that could prove to be better than current semiconductor materials, such as silicon. Zinc oxide, a transparent ceramic, has been commonly used for centuries as an anticorrosion tool for coating pans.  Nowadays, it is also used for coating jewellery accessories, in rubbers, e.g. in tyres, in concrete construction and cosmetics for instance in sunblock creams.

One of the major advantages of this novel use is that metal oxide semiconductor devices do not produce as much waste heat. They are also cheaper, faster and do not degrade. Unlike other research groups, Professor Fortunato’s team have processed metal oxides at room temperature, making it a cheaper and easier method of manufacture than using powerful ovens.

These electronic systems will not only be useful in leisure devices, but also in laboratory equipment for detecting proteins and genetic material. Working alongside Samsung, Elvira and her team are developing the first transparent television screen, and with Fiat, the first ‘windscreen of the future’, where drivers can have digital displays appear and disappear on their car windscreen. This fundamental research will lead to innovative developments in other multi-billion dollar industries involving electronics, such as ink-jet printing and medical diagnostics that the full extent of these applications is unfathomable.

Professor Elvira Fortunato is a pioneer in the field of transparent electronics, namely Thin Film Transistors (TFTs) and holds sixteen patents as author and co-author, one of which is with Samsung. She received an ERC Advanced Grant for her project INVISIBLE. 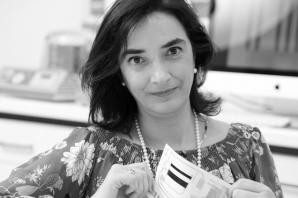