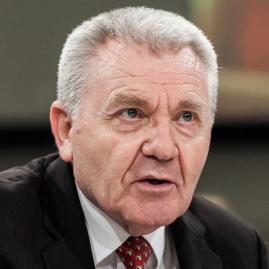 Professor Jean-Pierre Bourguignon was the President of the European Research Council (ERC) for just over seven years: from January 2014 until December 2019 and, subsequently, also President ad interim from the end of July 2020 until August 2021.

Prior to that, he was the Director of the Institut des Hautes Études Scientifiques (IHÉS) from 1994 till 2013. This international research institute located near Paris, France, was built as the European counterpart of the Institute for Advanced Study in Princeton. He was also the first ERC Panel Chair in Mathematics, for Starting Grants.

A mathematician by training, he spent his whole career as a fellow of the Centre National de la Recherche Scientifique (CNRS). He held a Professor position at École polytechnique from 1986 to 2012.