The European Commission has today appointed six eminent scientists and scholars to the governing body of the European Research Council (ERC), the Scientific Council. It has also renewed the mandates of three current members. All new members have been selected by an independent Identification Committee and the scientific community was consulted in this process.

The new members, taking office on 1 July, are:

The new members taking office on 1 January 2020 are:

The reappointed members are Professors Margaret Buckingham and Michael Kramer (as of 1 July) and Professor Barbara Romanowicz (as of 1 January).

The ERC Scientific Council, composed of 22 distinguished scientists and scholars representing the European scientific community, is the independent governing body of the ERC. Its main role is setting the ERC strategy and selecting the peer review evaluators. It is chaired by ERC President Professor Jean-Pierre Bourguignon. Members of the Scientific Council are selected by an independent Identification Committee, composed of seven distinguished scientists appointed by the European Commission.

About the ERC
The European Research Council, set up by the European Union in 2007, is the premiere European funding organisation for excellent frontier research. Every year, it selects and funds the very best, creative researchers of any nationality and age, to run projects in Europe. The ERC also strives to attract top researchers from anywhere in the world to come to work in Europe. To date, the ERC has funded around 9,000 top researchers at various stages of their careers. It offers four core grant schemes: Starting, Consolidator, Advanced and Synergy Grants. The ERC has a budget of over €13 billion for the years 2014 to 2020, part of Horizon 2020, for which European Commissioner for Research, Innovation and Science Carlos Moedas is responsible. 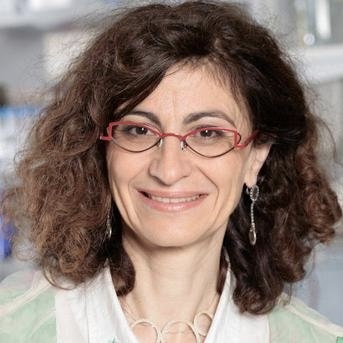 Geneviève Almouzni, PhD (EMBO member, Member of the French Academy of Sciences, fellow of the American Association for the Advancement of Sciences, Director of the Research Center of the Institut Curie from sept 2013 to September 2018 and honorary director since then) is director of research exceptional class at the CNRS. She is principal investigator of the chromatin dynamics team in the nuclear dynamics research Unit (UMR3664 CNRS/Institut Curie) since 1999. She is a world leader in understanding genome organization and function during development and disease in particular in cancer. She has combined biochemistry, cell biology and physical approaches with advanced imaging to explore chromatin dynamics. Overall, G. Almouzni authored more than 220 publications and deposited 5 patents. Active in the field of Epigenetics and European actions, she coordinated the EpiGeneSys Network of Excellence to move epigenetics towards systems biology. She is highly engaged in promoting young scientists’ careers. She received prestigious grants (ERC Advanced Grants) and awards including Woman in Sciences FEBS / EMBO (2013) and the grand prix FRM (2014). She served on the EMBO Council (Vice-chair in 2014), chair of the alliance EU-LIFE, she co-chairs the European FETFlagship initiative LifeTime with Prof. N. Rajewsky at the MDC Berlin. 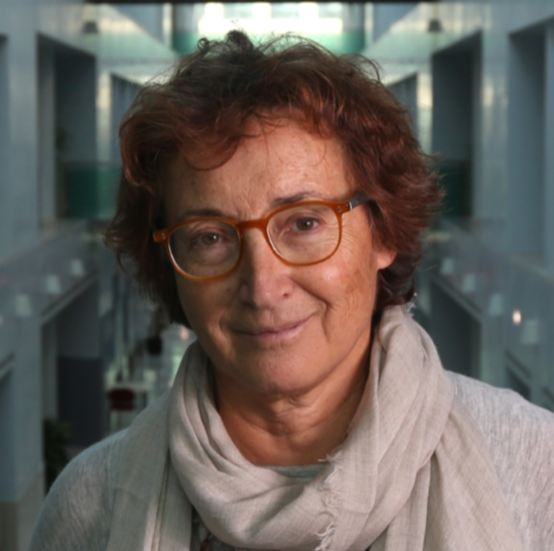 Mercedes García-Arenal is a religious and cultural historian. She has a PhD in Arabic and Islam from the Universidad Complutense in Madrid (1976). She was a post-doctoral fellow in the London School of Oriental and African Studies (1976-1978). She was a Visiting Scholar at the Institute for Advanced Study in Princeton (1988-89). Currently she is a Research Professor at the Instituto de Lenguas y Culturas del Mediterraneo, Centro de Ciencias Humanas y Sociales, CSIC, Madrid. She has been principal investigator of the ERC Advanced Grant CORPI (“Conversion, Overlapping Religiosities, Polemics and Interaction: Early Modern Iberia and Beyond”) (2013-2019) and is now Coordinator of the Synergy Grant EuQu, “The European Qur`an” (2019-2024). Her research focuses on the religious history of Iberia and the Muslim West, mainly on religious minorities: conversion, polemics, messianism, religious dissidence, and dissimulation. She has focused on the impulses of assimilation and rejection by mainstream societies of religious minorities such as Muslims and converted Muslims in Iberia and Jews in North Africa, in interreligious polemics as producer of doubt and skepticism. Much of her research is based on Inquisition documentation. She also addresses questions of Orientalist scholarship in Early Modern Spain, in which an interest in Oriental languages, mainly Arabic, was linked to important historiographical questions, such as the uses and value of Arabic sources, and the problem of the integration of al-Andalus within a providentialist history of Spain. 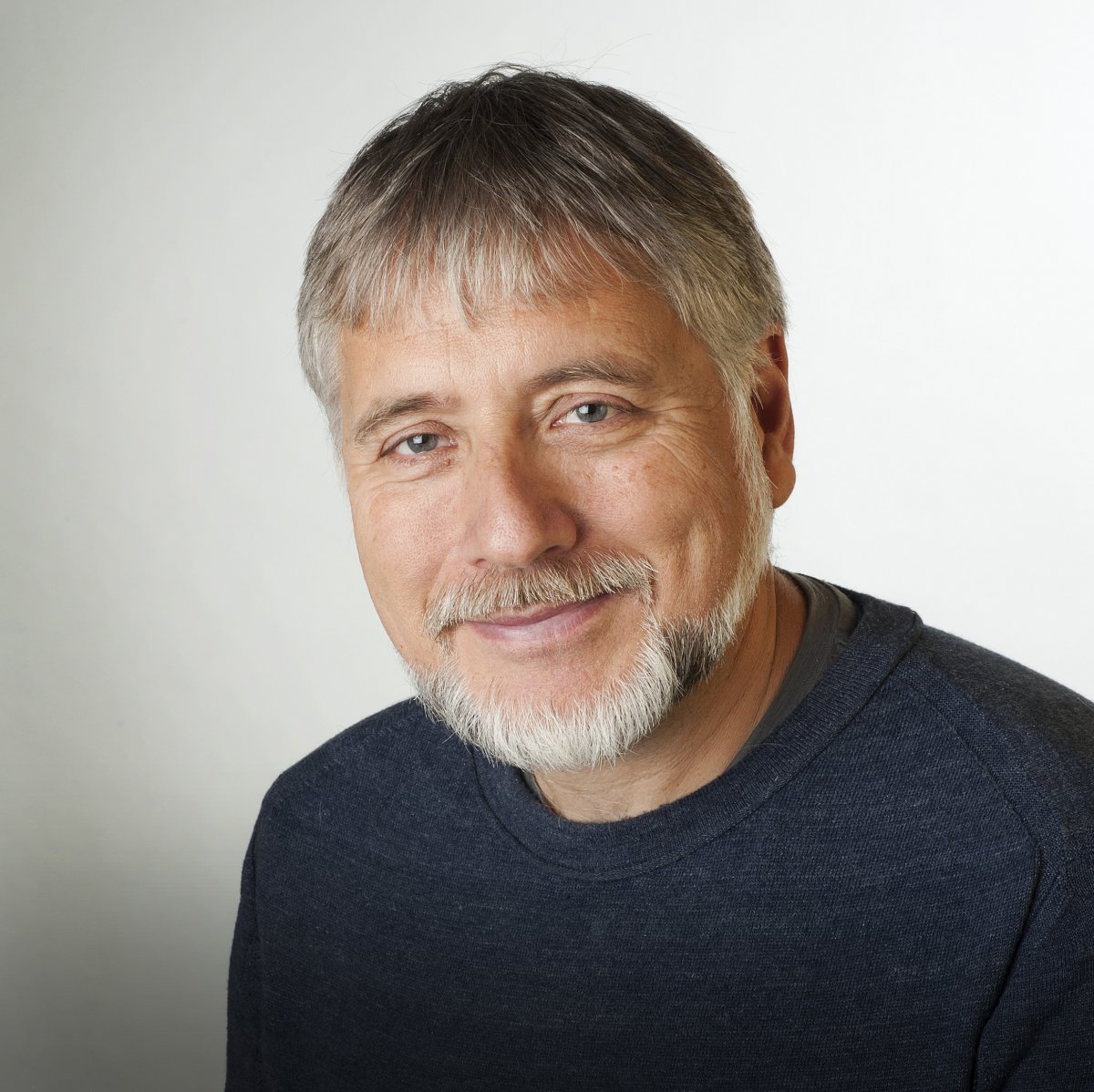 Eystein Jansen holds a PhD in Earth Science from the University of Bergen where he has been professor of palaeoclimatology since 1993. Jansen was the founding director of the Bjerknes Centre for Climate Research, a world leading centre on climate dynamics, which he led for 13 years. Jansen is presently Academic Director for the Academia Europaea Bergen Knowledge Hub and is vice director for the interdisciplinary SapienCE Centre, on Early Sapiens behaviour at the University of Bergen. Jansen is a member of Academia Europaea, the Norwegian Academy of Science and Letters, The Norwegian Academy of Technological Sciences and the Norwegian Scientific Academy for Polar Research. He was co-ordinating lead author in the 4th (2007) and and lead author in the 5th (2013) Assessment Reports of the IPCC, the Intergovernmental Panel on Climate Change. Jansen was in 2019 awarded the Brøgger prize for lifelong contributions to geological sciences and the Meltzer prize for excellence in research. His research has primarily dealt with the influence of changes in ocean circulation on climate and on natural climate changes of the past and present, with key contributions to our understanding of the evolution of ice ages and on abrupt climate change. 2014-2019 he is principal investigator of an ERC Synergy Grant, ice2ice, on abrupt climate changes. He has also served as member of ERC’s panel for Advanced Grants. 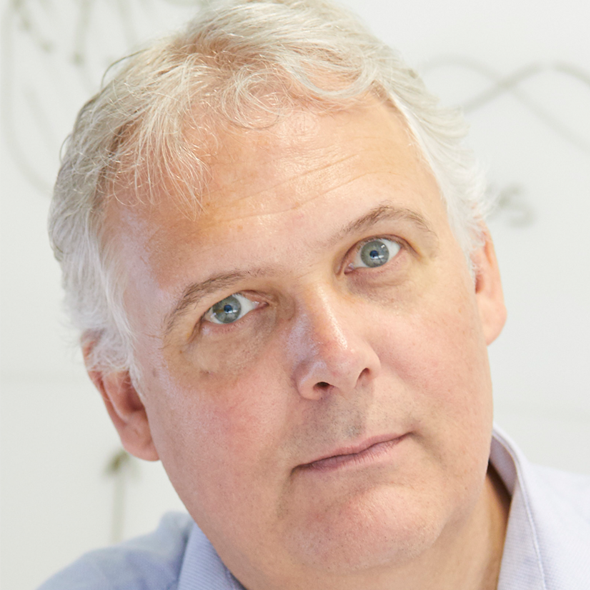 Jesper Svejstrup is a biochemist and cell biologist. He is interested in transcription, and specifically in regulation of gene traffic and its coordination with other processes that occur on DNA, such as DNA replication and repair. Several of the factors studied are mutated in human diseases such as cancer or neurodevelopmental disorders. Svejstrup was educated at Aarhus University, where he obtained a Cand. scient. degree in Biology, and a Ph.D in Molecular Biology. He then joined Roger Kornberg at Stanford University, and started his work on transcription and the basal machinery required for RNA polymerase II activity and regulation. Following postdoctoral training, he started his independent group at Clare Hall Laboratories in London under the auspices of Cancer Research UK (then called Imperial Cancer Research Fund). Svejstrup, now at the Francis Crick Institute, uses a multi-disciplinary approach, integrating biochemical, cell biological, and genetic approaches with the new ‘omics’ techniques. He is the recipient of two ERC Advanced Investigator Grants, and has participated in scientific boards, including for the Danish National Research Council. He is an honorary professor at UCL, Imperial College London, Copenhagen University and Aarhus University. In recognition of his scientific contributions, Svejstrup was elected to EMBO in 2003. In 2009, he was elected to the Royal Society, and in 2016 to the Royal Danish Academy of Sciences and Letters. In 2018, he was elected Fellow of the Academy of Medical Sciences. He is a Danish national and is married, with two adult children.

Gerd Gigerenzer is Director of the Harding Center for Risk Literacy at the Max Planck Institute for Human Development in Berlin. He is former Professor of Psychology at the University of Chicago and John M. Olin Distinguished Visiting Professor, School of Law at the University of Virginia. He is Member of the Berlin-Brandenburg Academy of Sciences, the German Academy of Sciences and Honorary Member of the American Academy of Arts and Sciences and the American Philosophical Society. He was awarded honorary doctorates from the University of Basel and the Open University of the Netherlands, and is Batten Fellow at the Darden Business School, University of Virginia. Awards for his work include the AAAS Prize for the best article in the behavioral sciences, the Association of American Publishers Prize for the best book in the social and behavioral sciences, the German Psychology Award, and the Communicator Award of the German Research Foundation. His award-winning popular books Calculated Risks, Gut Feelings, and Risk Savvy have been translated into 21 languages. Gigerenzer has trained federal judges, physicians, and top managers in decision-making. The Swiss Duttweiler Institute has distinguished Gigerenzer as one of the top-100 Global Thought Leaders worldwide. 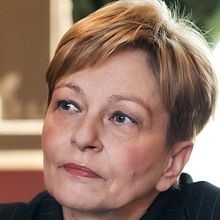 Born in Zagreb, Croatia. Received her PhD degree at Zagreb University after doctoral studies both in Zagreb and UCLA. She is Full Professor of Linguistics at the University of Zagreb. In 2010, she was elected Fellow of the Croatian Academy of Arts and Sciences and, in 2013, a member of Academia Europaea. Her areas of expertise are Cognitive Linguistics, Semantics, Syntax, Pragmatics, Discourse Analysis, Sociolinguistics, and Cognitive Science ‒ within which she is actively engaged in multidisciplinary research of linguistics and neuroscience at the Croatian Brain Institute, Medical School of the University of Zagreb. With her book Knowledge of Language and Knowledge of the World (1991) she was the first scholar to introduce Cognitive Linguistics into Croatian linguistic circles, and the book remains one of the most quoted books in Croatian linguistic literature. In 2011 she was awarded the National Award for Science by the Croatian Parliament. She served as the Croatian Minister of Science and Technology from 1999 to 2000. From 2009 to 2012, she was Chair of the Standing Committee for the Humanities of the European Science Foundation. During her mandates, she instigated policy incentives for Multi/Transdisciplinary Research as well as Digital Humanities. From 2012 to 2013, she was member of the EC Expert Group for the ESFRI Roadmap, and is at present member of numerous Science Advisory Boards at European level in the domains of SSH and Research Infrastructures. From 2008, she was member of the ERC Advanced Grant Panel SH4 “The Human Mind and Its Complexity”, and chaired the Panel from 2014. From 2016 she was a member of the High Level Group on Maximising Impact of EU Research and Innovation Programmes, set up by the European Commission, chaired by Pascal Lamy. In 2018 she was appointed a member of the JRC (Joint Research Centre) High-Level Peer Group of the European Commission.